By Bas Barten25 May 2022Uncategorized 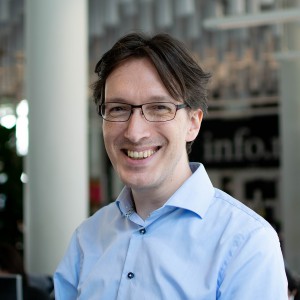 1 Insight by the Product Owner of the Year 2020
2 VanMoof chooses INFO as digital partner for their global service expansion
3 The Invincible Company: a review from the digital innovation perspective
4 How Talpa drives innovation and transformation in the media industry
5 Just Eat Takeaway.com from Dutch player to globally scalable platform
Based on our own experiences and what we’ve learned from the many great projects that we get to undertake for our clients, we believe that storytelling should be part of your alignment strategy.

As you know by now from our other blogs, posts, and webinars about this subject, alignment is a crucial part of implementing a new digital product or service. Making sure that all aspects (teams, data, processes, and software) of a proposed change are aligned can be done in many different ways. A way that is often overlooked – but extremely useful, as you’re about to find out – is storytelling. People have been telling each other stories since the dawn of time. Scary stories, fairy tales, stories with a hidden moral, and funny jokes; they’re all part of the ancient oral tradition that all people share. So why not use something that not only presents information in a way that we have learned to understand since birth but is also part of our cultural DNA?

We have compiled a short list of our own learnings, so that you may use stories to successfully achieve alignment within your organization or team yourself. 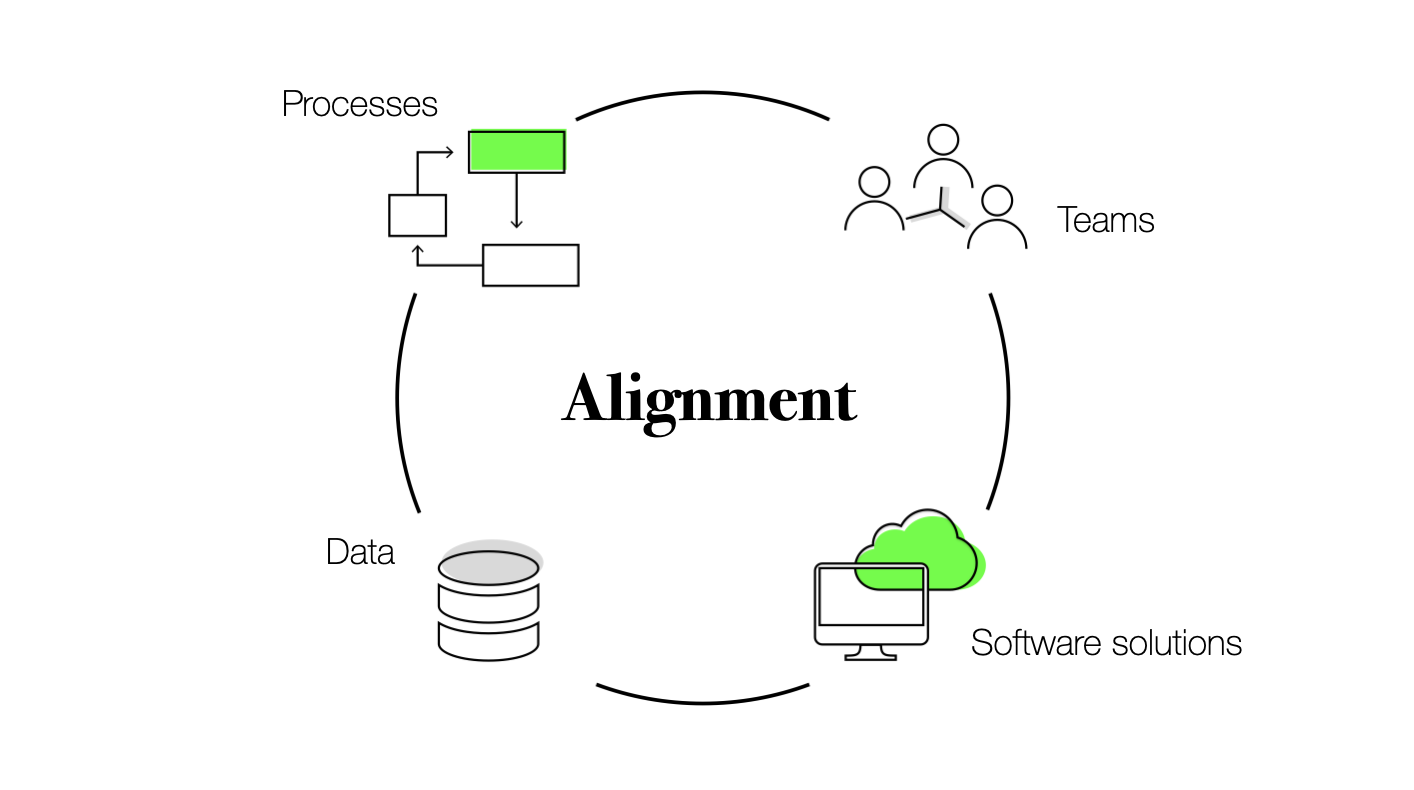 Stories are key to alignment

In a corporate context, it’s tempting to only think about marketing when considering storytelling. Social media ads, those tear-jerking Christmas commercials that the Dutch so adore, advertorials in newspapers and magazines, etc. However, in a broader sense, Sapiens author, Yuval Noah Harari, argues that stories are important to allow large groups of people to work together. To work together successfully, it’s paramount that people are on the same page. Stories make that happen.

Additionally, bringing about alignment and change is notoriously difficult, since most organizations are built for reliability, not adaptivity. Of course, this is a healthy attitude when you’re just running your business but it becomes a problem if you want to change. Stories can help break through this status quo and to make people excited for change.

Our own experiences with using storytelling to achieve alignment confirm Harari’s claims. We have learned that creating a story to which people can relate is a good way of conveying ideas. It becomes even more powerful when you take your initial idea and create a story around it together with others. It allows you to test your idea and create the initial alignment. But how do you create your own story? We have compiled a list of our own learnings.

First and foremost, you need to assemble a team. Make sure to include people in roles that are going to be affected by the proposed change. In addition, regularly share updates with management and other stakeholders to keep them aligned as well. 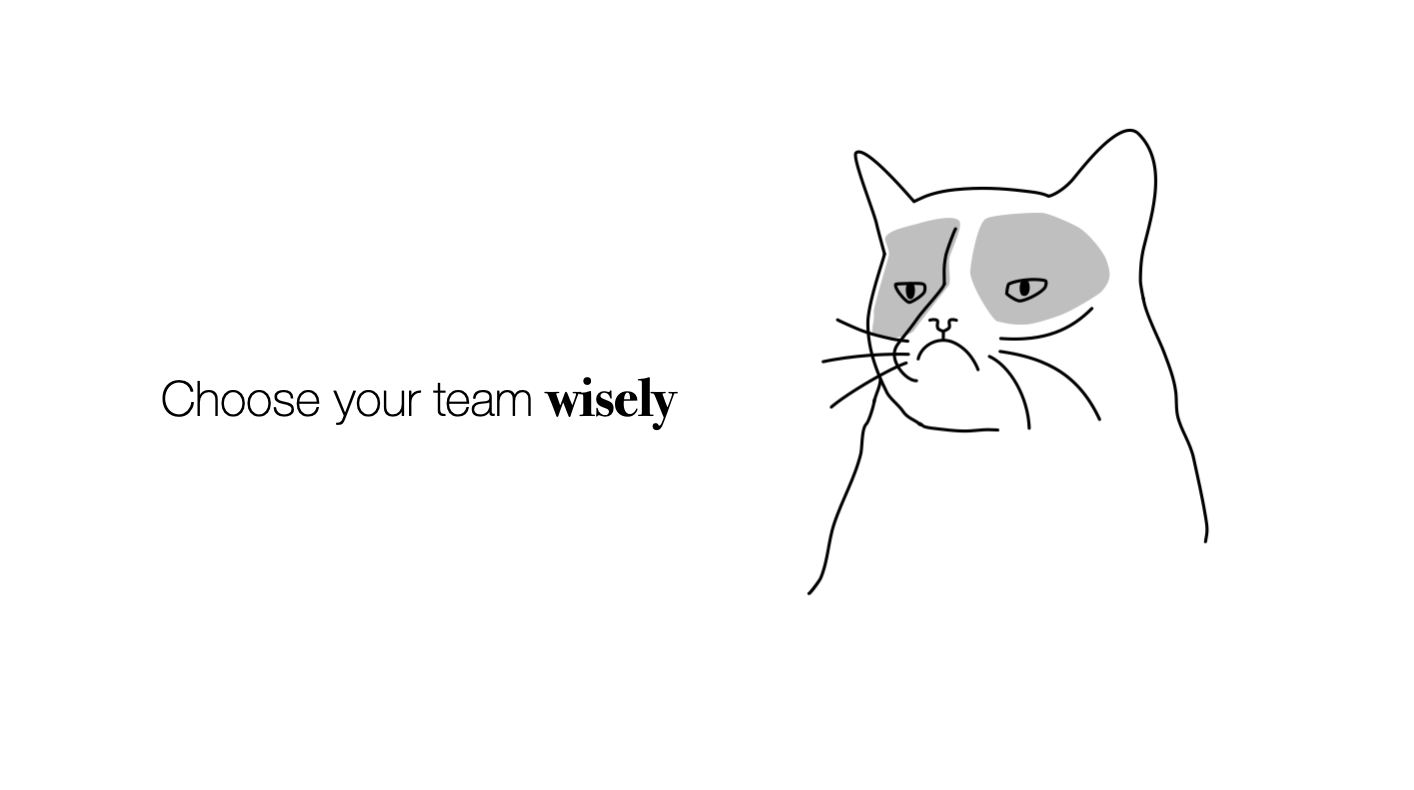 This might seem a little counterintuitive, but it’s paramount to add critics to your team. Of course, we’re not encouraging you to bring in the most stuffy, old-fashioned colleague you have. If they haven’t embraced change over the last years, leave them be. We suggest including somebody in the organization that’s critical, but open to change. That will tell you what’s wrong with your idea and won’t just meekly go along with anything you say. Yes, it will take more time to convince them, but their honest input will prove invaluable to your cause.

Make the story match the goal

Make sure that the type of story you choose matches the goal you’re trying to achieve. If you want to introduce a new digital service that will forever change the way everyone in the company will work, it’s a good idea to create an elaborate story. But if you’re just looking to change a single step in an existing process, you don’t need to go as big. 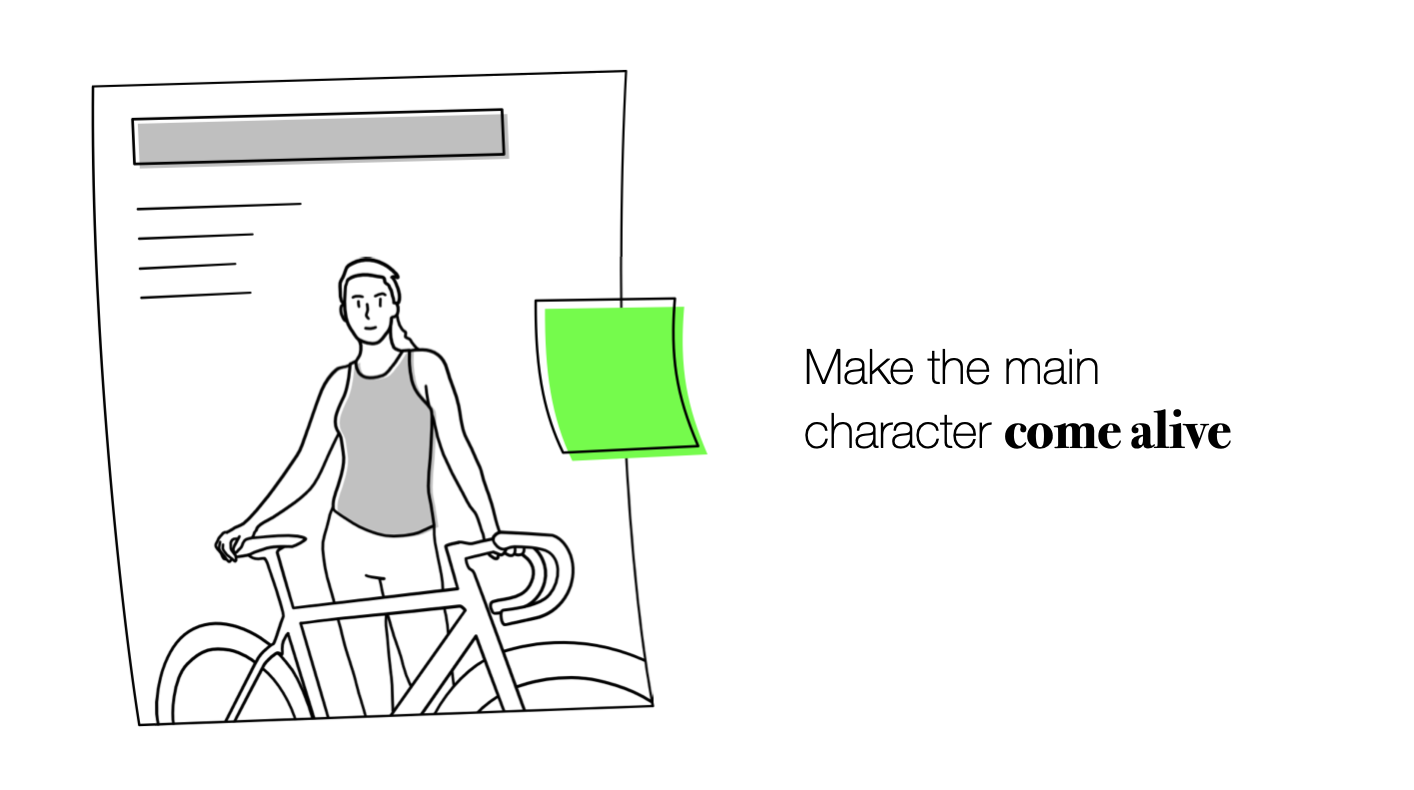 Flesh out the main character. Who is he or she? What are they trying to accomplish? Relatable goals add depth to a character, forge an emotional connection and generate empathy with the audience.

Pixar uses story beats – key events that tie a story together – to build a story and so should you. This will create a strong backbone for your story that you can fall back on and that will keep the plot from falling apart.

This is kind of a double entendre, since we mean this in two ways. First, people tend to remember images better than words, so it’s wise to always include visual elements in your story. Second, make the concept of the story itself visible. Make drawings (however bad), include pictures and sketches of the new digital service’s interface, and create a storyboard. 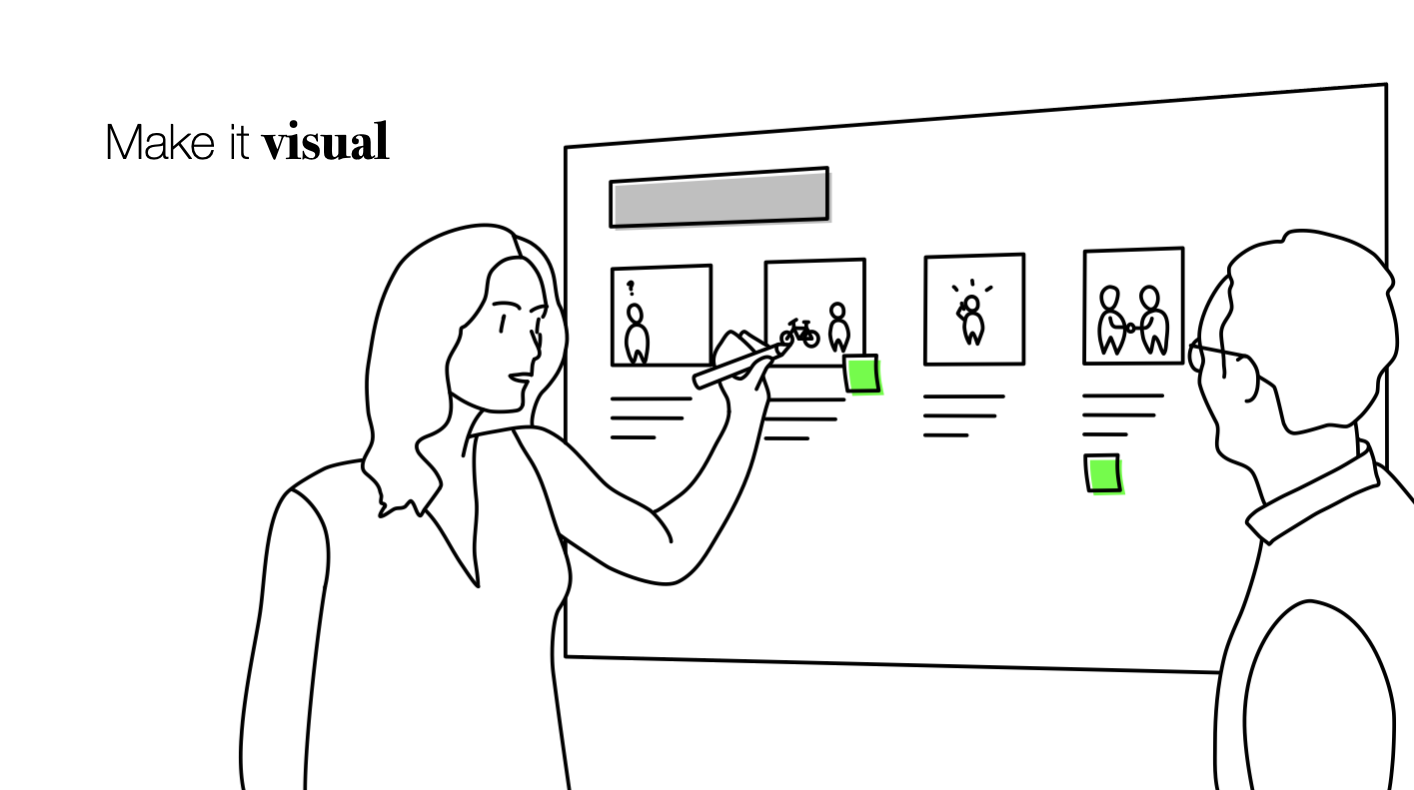 Focus on the main message

You might be tempted to add all kinds of additional information and scenes, but try to stick to the story beats and don’t show things that don’t directly impact the storyline. Think of superhero movies. You never see them use the bathroom, do you? They do but since it’s not relevant to the plot of the story, it’s not shown in the movie.

Living happily ever after

A common pitfall is that people think they’re done after creating the story. The story is just the beginning. The key is to make sure the story now becomes reality. As you do that, keep updating and telling the story, this will ensure alignment along the way. A couple of ways of keeping the story alive and living happily ever after:

Although establishing alignment within a (large) organization is hard, it can be done. As you’ve seen, storytelling is a great tool to kick it off, especially when you create the story together.

Philadelphia: Alignment is all about the proces

The importance of strategic alignment in digital product development