1 How Talpa drives innovation and transformation in the media industry
2 Checklist: Business Innovation
3 The Invincible Company: a review from the digital innovation perspective
4 How GROWx works towards local and sustainable food supply worldwide
5 Handbook: Take control of your digital innovation
It’s not even that long ago that you went down to your local travel agency to put together your dream vacation with the help of a travel agent. Yet, we can hardly imagine now that this is the way we used to book vacations instead of from the comfort of our own home with our laptops and in our PJs.

Booking a trip through platforms like Booking.com and Airbnb became the new standard, but even in this market there are players that do things a bit differently than everybody else. Take “techy travel agency” Vakanties.nl, for instance. Vakanties.nl allows you to make real-time combinations of flights, hotels and rental cars and to create your own vacation with hyper-personal suggestions, but without the stress that comes from the many, many options and filters you have nowadays. You can even contact chatbot Amber with questions about your booking. For this edition of our podcast Innovative Leaders by INFO, we spoke with Vakanties.nl’s co-founder and CEO, Judith Eyck. We discussed travel agencies in the 21st century, legacies, innovation, ambition, leadership and the future of travel. This year, Eyck was nominated for a LOEY Award for the best online entrepreneur.

A tech company and travel agency in one

The first thing we want to know from Eyck is whether Vakanties.nl is a tech company or a travel agency? Eyck laughs: “Actually it’s both, but we are more personal than a tech company and more techy than a travel agency.” So both, as Eyck also states that tech lies at the base of the company and that Vakanties.nl differentiates on the personal component through the use of big data. By using big data, they are not only able to make “hyper-personal suggestions,” as she says, but also to conduct targeted marketing and to quickly put together a product mix, saving time with each booking. A lot of other things are fully automated as well, which means that Eyck, for example, only employs one advertising specialist for an advertising budget for which other organizations employ five or ten people. She’s justly proud of that.

Not bound by legacy

Vakanties.nl had been claimed for a while by Sunweb CEO and Vakanties.nl investor Joost Romeijn, but was kept on the shelf until a great idea came along. That moment came whendynamic packaging became all the rage a couple of years ago and made it possible to combine flights and hotels in real time. According to Eyck this was the perfect time to take everything she had learned at Sunweb and finally launch Vakanties.nl. But why didn’t Eyck and Romeijn choose to launch it under Sunweb’s brand? Eyck: “I didn’t want it to be an incubator project [for Sunweb], because then you’re stuck to doing things a certain way… I felt it deserved more than that.” And although she couldn’t use any of Sunweb’s data, she wasn’t bound by any legacy either, giving Vakanties.nl the speed and agility that they otherwise wouldn’t have had. 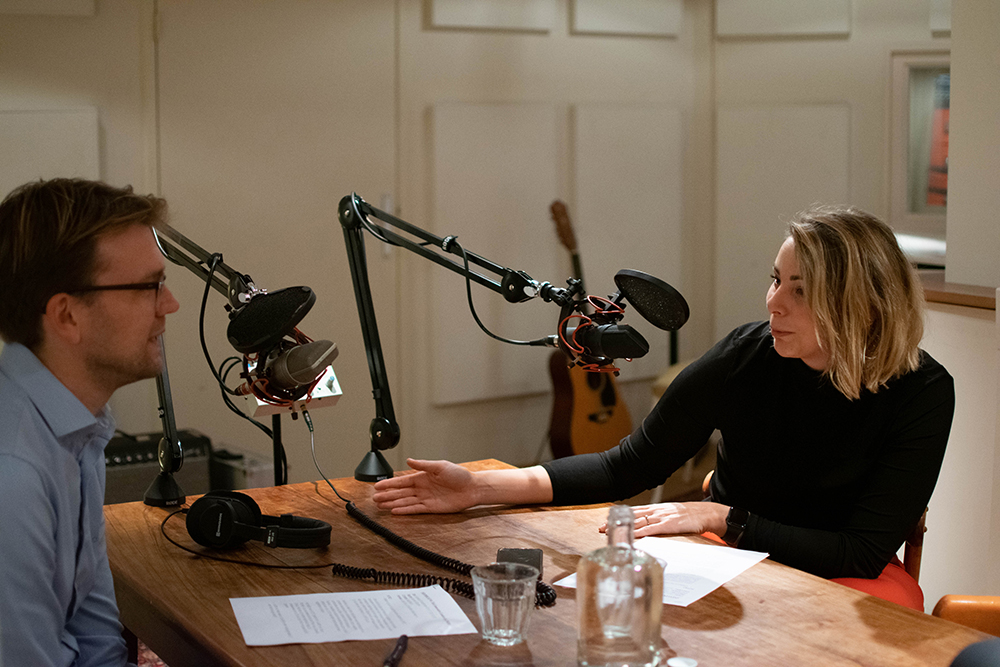 Innovation embedded in the culture

That speed in particular is something that Eyck is very happy about now that she isn’t working for a big corporation anymore, but is in charge of a smaller organization: “Both the speed with which you can make decisions and the speed with which you get to develop things. You can quickly test, validate and roll out stuff,” she says.
Another big advantage for her is that she now gets to determine the corporate culture herself. A culture where innovation is tethered to the company’s core and is built into the business processes, so that Vakanties.nl’s innovative nature can be maintained in the future, as well. Dev ops and mark ops sprint alongside each other, causing innovation “to not be a separate subject, but simply the way we work,” according to Eyck.

Working in sprints also ensures that the entire company is working towards the quarterly and annual goals that all add to Eyck’s five-year plan. What happens when she doesn’t reach her targets? Eyck laughs: “I get mad.” She states that she started out with a couple of very ambitious goals that she didn’t reach and that that frustrated her very much. That is why they are a little more realistic this year – albeit still highly ambitious – and it works, because they haven’t missed a target yet. Moreover, Eyck now feels that it’s not the end of the world when a target isn’t reached, as long as she can explain it. Because, she says, “when you can explain it, you can solve it.”

Contrary to many other start-ups, Eyck doesn’t have the ambition to become a huge corporation. Vakanties.nl’s team now consists of 21 people, including interns, and if it’s up to Eyck the company won’t grow beyond 30 people. The target is to achieve around €100 – 150 million in revenue in five years. Eyck: “If we reach €200 million in revenue, we have proven that we are scalable.” According to Eyck, this is the only way to make it work in the future. She actually wants to be able to scale up everything that Vakanties.nl develops without adding extra people.
The fact that Eyck doesn’t want to hire more people, doesn’t mean that she doesn’t want to expand internationally. With the acquisition of Vakanties.be, the first cautious steps towards an internationally operating organization are made, but if it’s up to Eyck, a lot more borders will be crossed in the coming five years: “We want to build a blueprint of the data models, the architecture and the chatbot. If we have that in place, it’s easy to do the same for other countries.”

Making it work together

Like al NextGen Leaders that we talk to for our podcast, Eyck is convinced that her team is the driving force and the beating heart of the company. Just like her, her team is very involved and wants to see the company succeed, “but you have to be careful that you don’t ask too much of them,” says Eyck. She noticed, for example, that her team became frustrated when she did. Once she realized that the company is a reflection of its owner, she made it very clear that she didn’t expect anyone to be as involved as she was and made an effort to smile more. Additionally, she shares any concerns and frustrations with her sole investor, Joost Romeijn. Romeijn knows the tricks of the travel trade and supports Eyck with advice, knowledge and experience.

The chatbot is the future

Even though Vakanties.nl is very innovative as is, Eyck has plenty of innovative ideas for the future. They started out calmly, because they wanted to create volume and traction in this traditional market first, but if it’s up to Eyck, we’ll be booking our trips exclusively through a conversation with chatbot Amber within a year and a half. Eyck is dependent on what’s available by way of conversational technologies, but she has a lot of faith in Google Dialogflow: “It doesn’t only have a translation functionality, but it’s also much more scalable than the hybrid solutions that we have seen so far.” Amber has all the advantages of the oldschool travel agency on the corner, but is much faster than any travel agent could ever be and “she has all day and all night to put together your perfect trip,” according to Eyck. 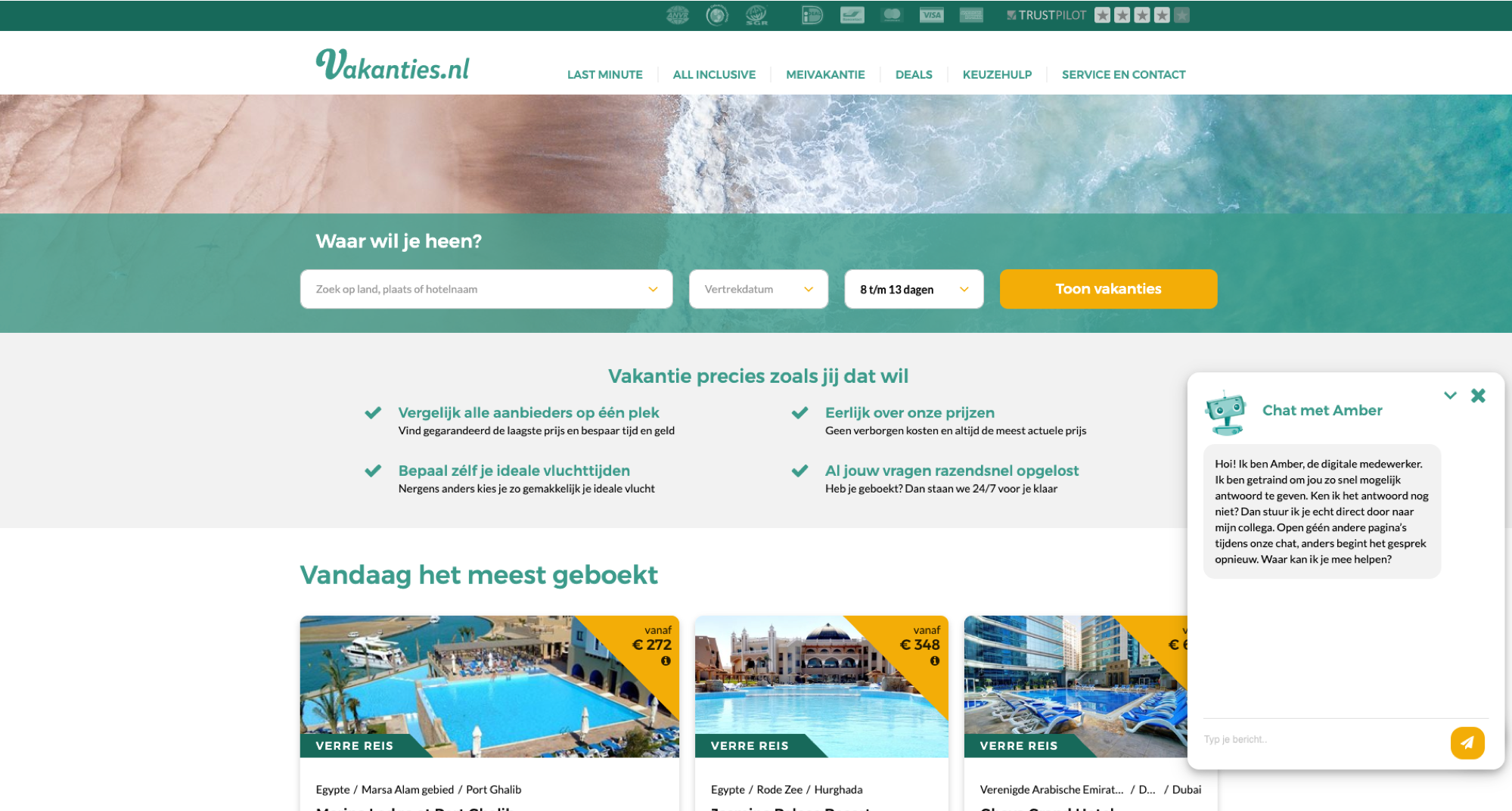 Finally, Eyck has a useful tip for NextGen Leaders that are faced with things not quite going their way: “I used to obsess over it when it didn’t go well for a week. Now I know that the only thing that I had to do was wait another week, everything always works out in the end,” she laughs.

Would you like to know more about Vakanties.nl or Judith Eyck? Check out our podcast here (please note that this podcast is in Dutch).

The secret behind the successful innovation of ABN AMRO