1 Insight by the Product Owner of the Year 2020
2 VanMoof chooses INFO as digital partner for their global service expansion
3 The Invincible Company: a review from the digital innovation perspective
4 How Talpa drives innovation and transformation in the media industry
5 Just Eat Takeaway.com from Dutch player to globally scalable platform
When discussing a transformation in mobility, we should definitely keep an eye on Lightyear in the coming years. Their Lightyear One is the first solar-powered, long-distance passenger car.

This is the story of how a group of five students of the Eindhoven School of Technology not only won the World Solar Challenge four times but also transformed their winning race car into a real passenger car that runs on solar energy: the Lightyear One. Lightyear was founded in late 2016 and consisted of five employees. The company now has 130 employees, presented their first prototype in 2019, and expects the first Lightyear Ones to roll off the production line by the end of 2021. Their mission is to make clean mobility available to everyone everywhere. Maijke Receveur started out as “employee number 2” and has evolved into the Chief Organization Officer in a mere two years. In this role, she is mostly focused on the company’s day to day, from HR to IT and from facilities to legal, and has made sure that the company transitioned effortlessly to each phase of the hyper-growth that they experienced for the past three years. It now runs as smoothly with 130 employees as it did with the seven people that worked there when she started out.

For our podcast Innovative Leaders by INFO, we spoke to her about Lightyear’s mission, the unique design principles of both the car and the organization, the strategy changes, challenges, intrinsic motivation, the organizational structure, having faith and the future of Lightyear.

The mission as a motive

Receveur shares with us that the company wasn’t started for commercial reasons, but to tackle the list of problems that Koen van Ham, one of the co-founders, had noticed in society. This list contained items like climate problems and pollution, and they concluded fairly quickly that transportation was one of the major polluters. The founders wanted to change this by making clean mobility available for everyone. Unsurprisingly, the company’s mission is ‘clean mobility for everyone everywhere’ and “is the driving force behind everything we do,” says Receveur.

Not just a Tesla with a solar roof

We’re wondering why nobody came up with the idea for a solar-powered car before since the World Solar Challenge has been around for quite some time. Receveur explains that the requirements for the race cars only started to involve factors other than just driving as far as possible using solar energy in 2013. Now, all of a sudden, the number of passengers and the luggage it can hold, the comfort and user-friendliness became important, which turned solar-powered driving into “a viable concept suited for commercial use,” says Receveur. But don’t think that the Lightyear One is just “a Tesla with a solar roof”, Lightyears is using a completely different design principle than has been applied by other car manufacturers so far.

Additionally, according to Receveur, there are still many manufacturers that “benefit from the standard car design [using fossil fuels] and have also made investments that they must first earn back before they can switch to electricity [and other forms] and therefore benefit from the transition not going too fast”. 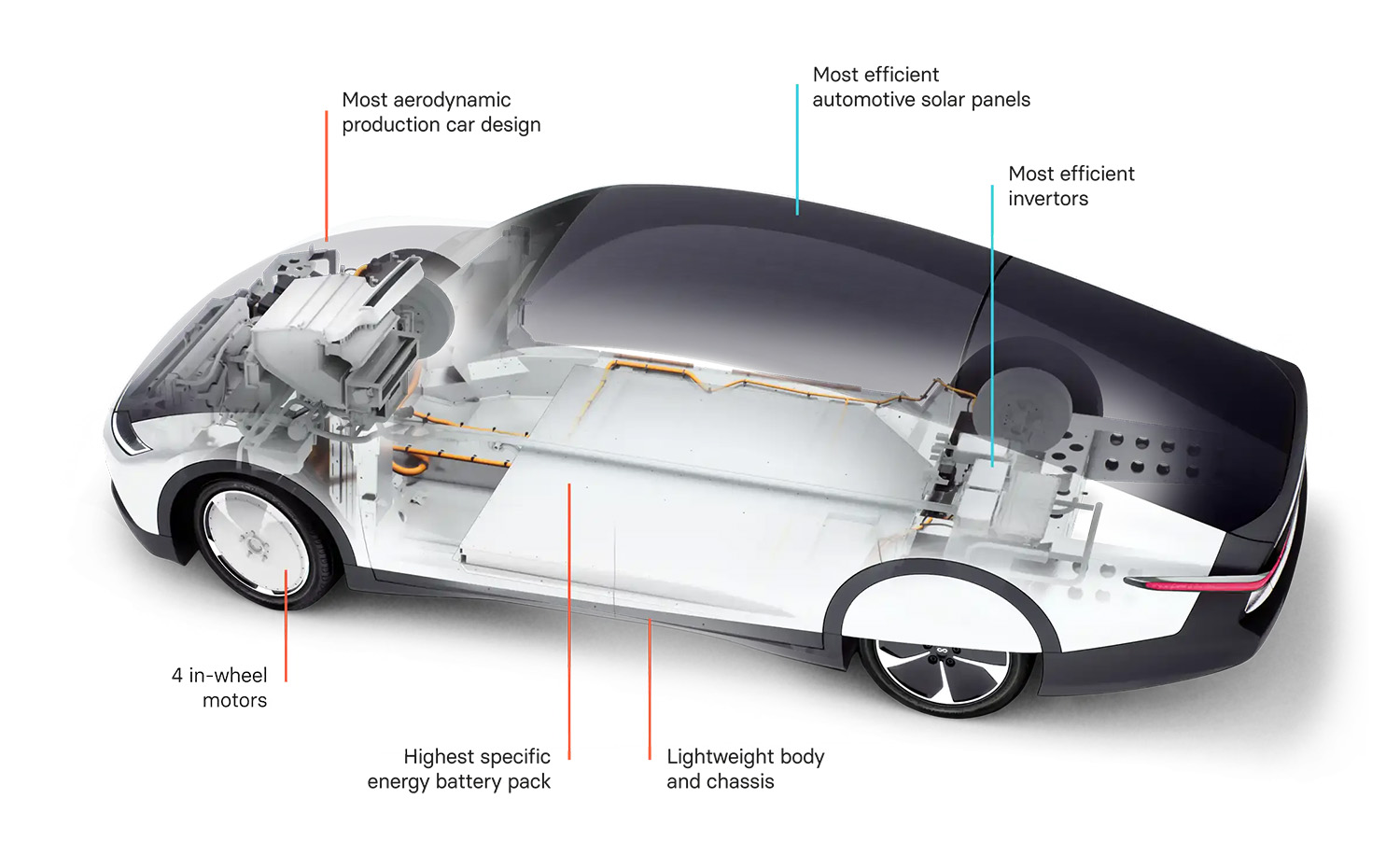 With its €150K price tag, the first model – the Lightyear One – which will launch next year, is not exactly a car for the masses, but more for pioneers. “This was a conscious decision,” says Receveur, “to develop the technology, to build the brand and to build IP, which will eventually help us to make [the car] available to a wider audience.” This is a strategy that more (car)brands use and invites the question if Lightyear is planning on eventually switching to mass production. They are. At first, they were planning to produce 1,500 cars each year in-house, but after discussing it with their American investors, they concluded that they would be able to accomplish their mission and serve the masses faster if they would outsource their production. That’s why they are looking for a contract vehicle manufacturer, so that “we can focus on what we’re good at, which is developing the car,” states Receveur.

At the same time, this is their biggest challenge, says Receveur; finding a partner that can help them to scale up and that will turn their idea into an actual car and actually getting it on the road. But, she says, “we firmly believe that if we find parties that complement us, our concept will grow stronger”.

Receveur already mentioned how Lightyear’s mission is the driving force behind everything the company does. Besides, it’s also an important part of the culture, she explains: “We have noticed that our mission drives different people in different ways.” Lowie Vermeersch, the Lightyear One’s co-designer (who also designed the Ferrari 458 Italia, the Maserati GranCabrio, and the Eurostar high-speed train), for instance, is extremely happy about the fact that he is designing the most complex car in his career yet. It provides other parties with a way to further implement their vision for sustainability and attracts employees who want to work with Lightyear from a purpose-driven perspective.

Another important part of purpose-driven working and Lightyear’s corporate culture is intrinsic motivation. Because, Receveur explains, “when you combine intrinsic motivation with core values that people believe in, you create a strong culture”. Intrinsic motivation is also important for creating an environment in which everyone can be the best they can be and is therefore heavily stimulated within Lightyear. For starters, they apply a very strict selection procedure during the application process and carry out an extensive check to see whether or not someone fits in with the organization and the company culture. Because of this, it sometimes happens that technically strong people still don’t get hired. “That’s sometimes frustrating for teams that crave help,” says Receveur, but is solved by using temporary workers. “What you potentially ruin [by hiring somebody who doesn’t fit in perfectly with the corporate culture] is ultimately much more expensive than the time you have to spend on temporary people,” she says.

Another challenge that comes with this is retaining good people in a market where they are constantly being poached by the competition. Receveur does this by closely looking at and listening to what really motivates her people. And even though the company is not able to offer competitive salaries yet, her people have a lot of freedom and responsibilities and that, combined with the company’s mission and the fact that they get to work with peers that they can learn from, makes people want to join and stay with Lightyear.

“when you combine intrinsic motivation with core values that people believe in, you create a strong culture”

The design process of the organizational structure

Originally, Receveur was educated as an industrial designer and funnily enough, she’s doing exactly the same now as she did back then: “I focus on the end-user. I was always triggered by processes like co-creation and design thinking since these tend to look at the question behind the question.” With Lightyear, she uses tools such as the (quarterly) culture scan and having old-school conversations to chart what motivates and drives her people, what their fears are, and which problems they encounter. “That way, you can create personas and use those to define your design principles: how do you design the company, its processes, and the way of working? To me, that’s a design process.” 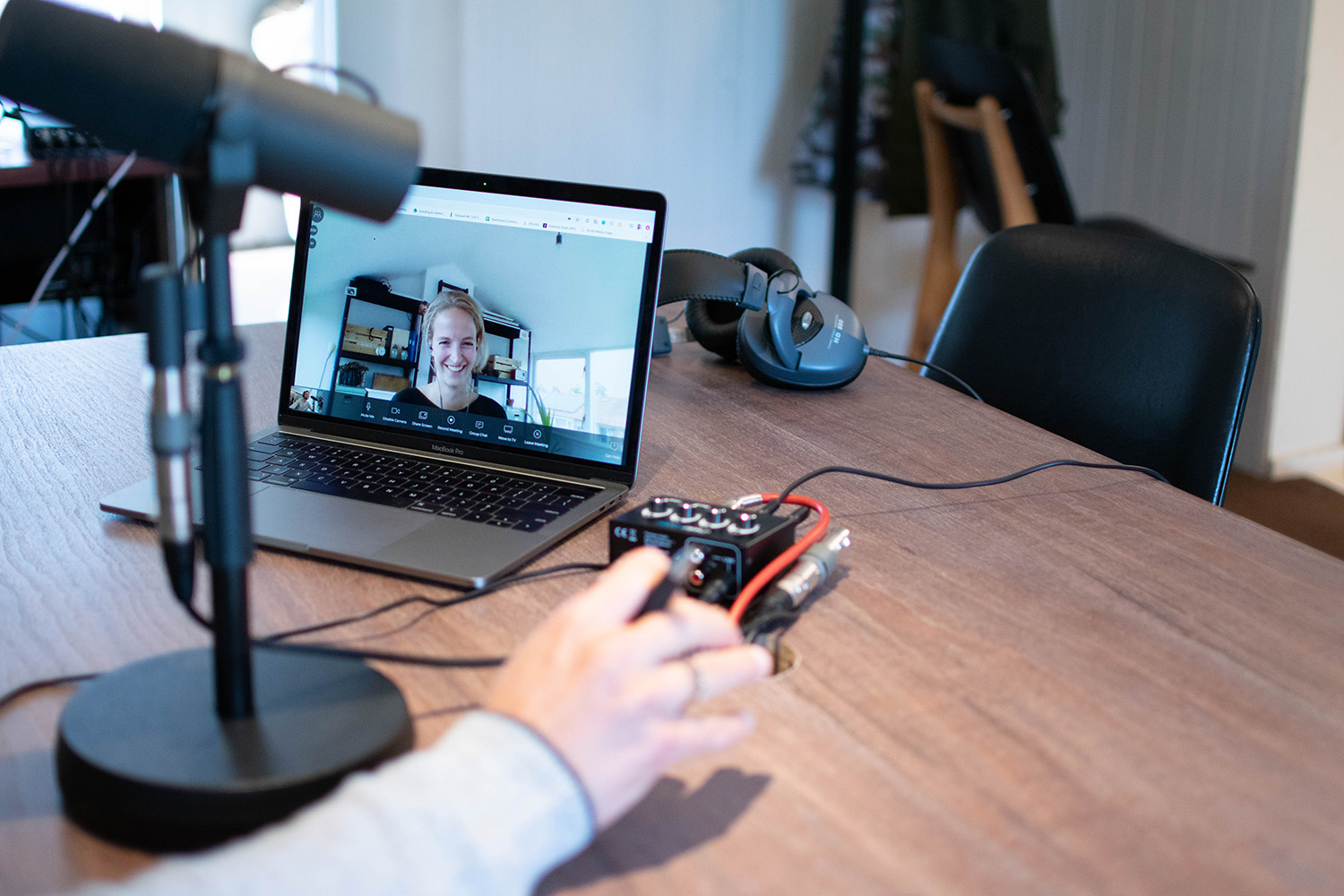 Of course, Receveur also has some tips for other people in her position that are also looking to innovate and companies that want to better guarantee innovation within their organization. According to her, it’s all about having faith: “Having faith in the people that you hire […] and then having faith in yourself and believing you hired the right people.” Additionally, you have to give new hires the space to experiment, to fail, and to introduce new ideas, “even when you have tried and failed at it yourself,” says Receveur.

“how do you design the company, its processes, and the way of working? To me, that’s a design process.”

As said, actually getting the car on the road is Lightyear’s biggest challenge at the moment. But what happens after? What’s the next step? “The next step is [to scale up], to have a contract vehicle manufacturer on board and making sure that we can start producing those cars,” states Receveur. One of the challenges that comes with this is to meet all the (safety) standards that the Netherlands has for passenger cars. They are already discussing this with the RDW. 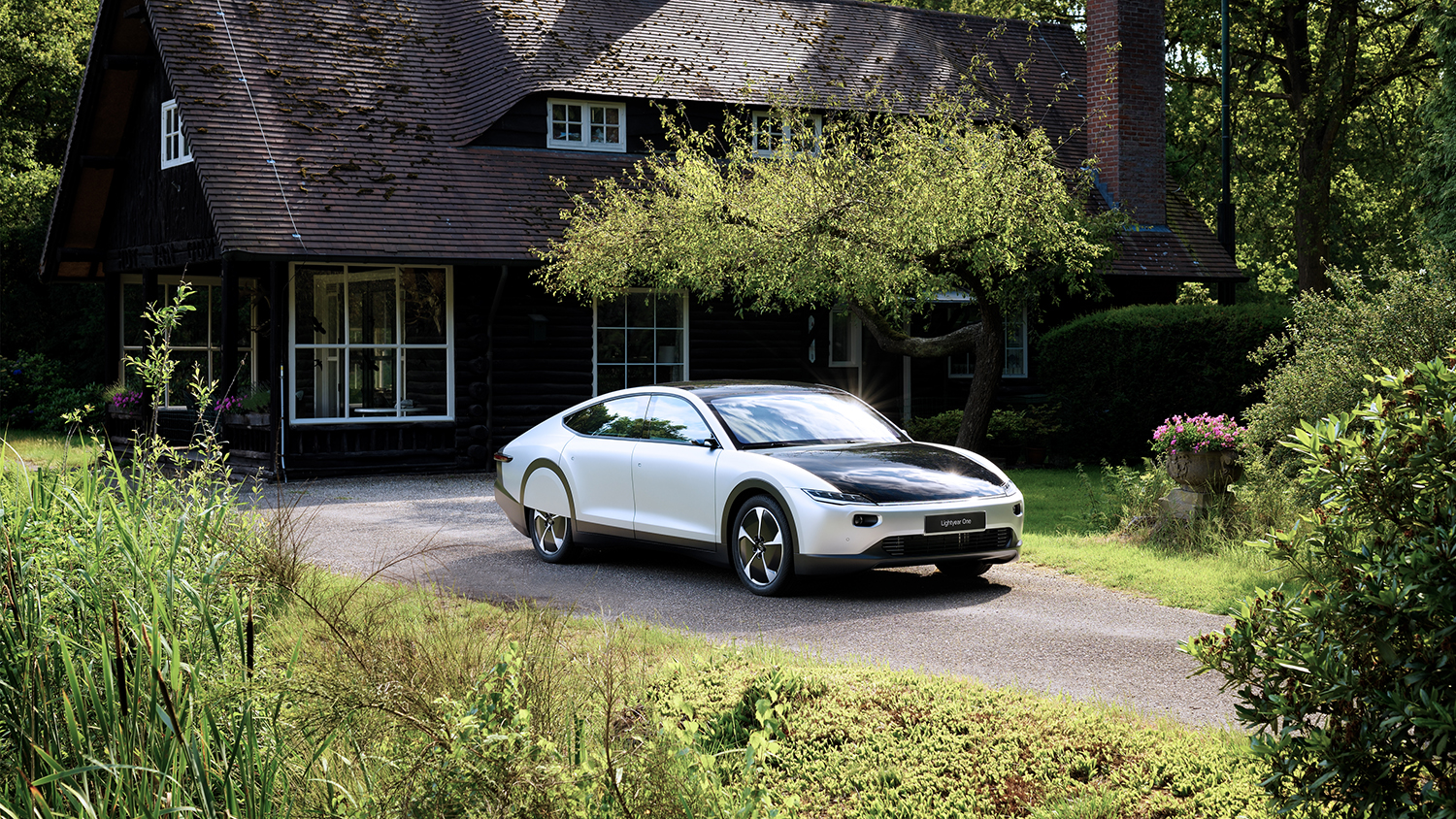 Lightyear also has the ambition to drive one light year’s worth of kilometers on solar energy by 2035. To achieve that, they will have to scale up quickly and ensure that as many people as possible move around in a Lightyear, for example in the form of “robot taxis,” as Receveur calls them. Later, they also want to start thinking about other revenue models, such as selling energy stored in the batteries of the Lightyear cars back to the grid. But that is for later. First, let’s first get this show… eh… car on the road!

Do you want to know what Receveur had to say about other possible revenue models, how she deals with change, the influence of the corona crisis, and who she considers an innovative leader? Then listen to our podcast Innovative Leaders by INFO.