1 A conversation with AI: on AI, it’s benefits and how to start.
2 Insight by the Product Owner of the Year 2020
3 VanMoof chooses INFO as digital partner for their global service expansion
4 The Invincible Company: a review from the digital innovation perspective
5 How Talpa drives innovation and transformation in the media industry
Google Home, Alexa, Philips’ smart light bulbs or the many different features that the once humble doorbell now has are more and more becoming part of our home life. In the Netherlands, THE FCTR E is the company that’s on the forefront of developments in the field of smart living and takes it to the next level by transforming (regular) houses into e-homes.

THE FCTR E makes homes more sustainable by leasing, placing, and maintaining heat pumps and solar panels. This way, a (regular or) smart home suddenly becomes an e-home. E-homes don’t have a gas connection anymore and use heat pumps to heat up the home and solar panels to generate electricity. In our podcast Innovative Leaders by INFO, we talk with the CFO and one of the co-founders of THE FCTR E, Henri Rinck. The other three are COO Frits Verhoef, CCO Jan-Willem van Wensem and CEO Joris Jonk, who you might know from TOON, Holland’s smart thermostat. We talk to Rinck about the heat pumps and solar panels that the company rents out, Heat as a Service, about behavioral changes, the future of smart homes, and NextGen leadership.

Heat as a Service

THE FCTR E was, as is confirmed by Rinck, born from frustration: “Making a home smart is complicated, expensive and time-consuming. We thought we could improve on that.” In addition, the quartet thought it was frustrating that the products and services that were available were very product-driven. “We’re more consumer-centric,” as Rinck says. And consumers don’t want expensive heat pumps or solar panels. So why not opt for a Heat as a Service type of construction?

The innovation is not so much focused on the technology, but rather the way it’s offered. THE FCTR E’s business model is based on renting out heat pumps instead of the sale of them. Because THE FCTR E takes care of installation and financing, the consumer has nothing to worry about. Monitoring and service are a part of the subscription, making it possible for consumers to forget about their installation completely. Rinck states that for now, it’s the more obvious choice for homes that exceed 150 m2 (150 square meters) because the monthly bill remains roughly the same in these cases. In addition, he states that it makes more sense for homes that have a C energy label, because “the shell,” as he calls it – the home’s exterior – is well isolated.

An example of a calculation to make your home ‘gas-less’ (Source: THE FCTR E)

A gasless house is something that you have to get used to, but – as Rinck indicates while he laughs – “it doesn’t completely change your life”. He does state that a small behavioral change is required when switching to a gasless home. It takes getting used to that the whole house is nice and warm instead of just the areas surrounding the radiators. It also takes some time to get used to cooking with induction. But that’s not all. Rinck: “We collectively have to get used to the idea that energy costs more than we are paying now and that our bills will go up eventually. In addition, we have to work together with the government to make sure that these costs won’t become too high.”

“it doesn’t completely change your life.”

Rinck also sees another role for the government: “With clear communication from the government, both consumers and companies such as THE FCTR E can respond to what is to come. I also think it’s a good idea to make a transcending climate plan that will continue to exist even after new elections, making it possible for everyone to anticipate future plans.” Because THE FCTR E’s business model focuses on renting rather than selling, consumers don’t have to make the full investment required for an e-home, making it a much smaller step. Rinck: “People don’t have to shell out thousands of euros for the installation of a heat pump, when there’s a problem, we solve it and they no longer have to deal with increasing gas prices.”

The next step in e-homes

Rinck predicts the same movement that we have seen in mobility, where transport is becoming more and more electric and society is moving towards a Mobility-as-a-Service-type model, for the (near) future of smart and e-homes. He predicts that the increase in electric cars, for example, will require more charging points, which in turn will require batteries with a larger capacity. These are some of the challenges that he and his colleagues deal with every day. 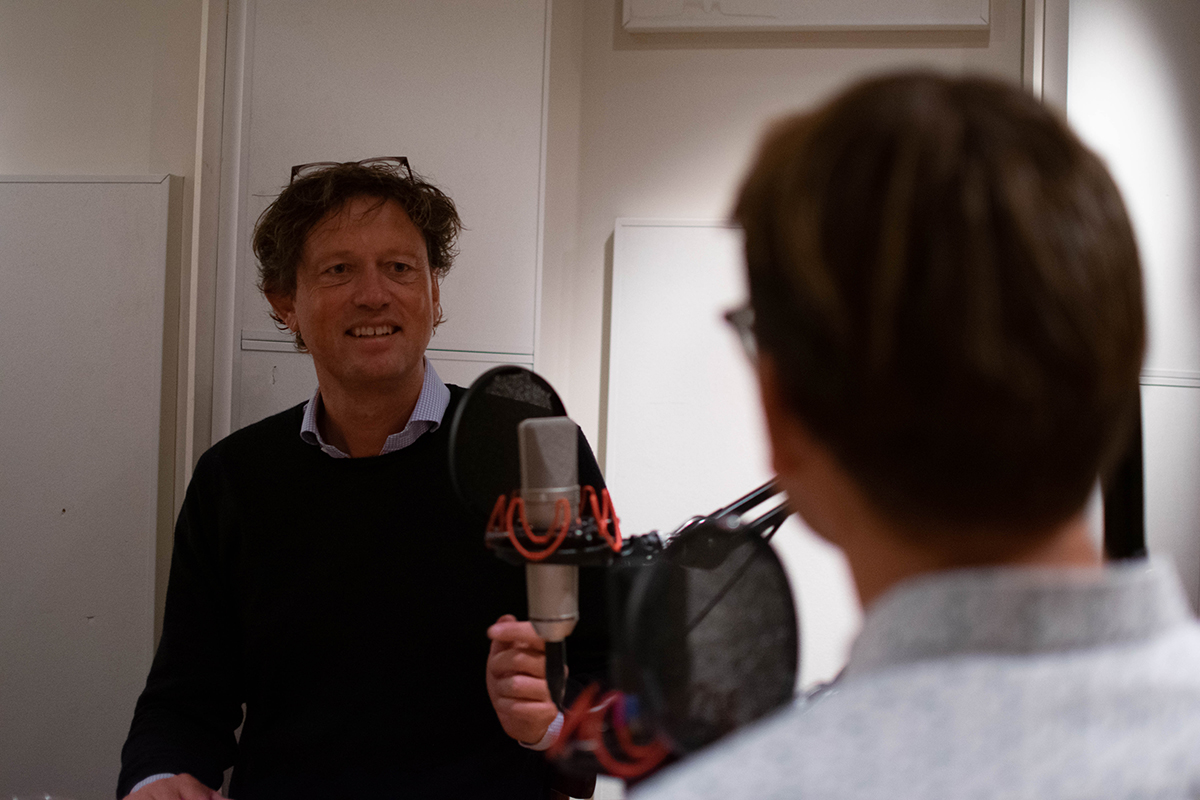 Another thing that Rinck and his colleagues deal with every day is THE FCTR E’s company culture. When he just started out with THE FCTR E, he had a coach that helped him with the shaping of the culture, but nowadays he trusts his own gut and knows what fits in well with his people. In addition, he has had a lot of conversations with other companies that also use technology and innovation in order to take their next steps. “Why should I reinvent the wheel when other people already did that?” Rinck says.

One of the things that he really had to get used to when he became his own boss in a completely new field with a completely new business model, was the fact that he had to do everything himself: “Other people don’t have the answers either, so you have to go looking for them yourself. You can’t just pick up the phone and ask someone.” That’s why everybody in the organization receives the tools and direction (“even though it sometimes changes”) to keep learning and keep innovating, so that they only have to count on themselves. When that’s done, Rinck dreams of unleashing a movement by going to the stock exchange and giving everybody the chance to invest in a gasless Holland.

Want to know more about THE FCTR E or Henri Rinck? Listen to our podcast Innovative Leaders by INFO here (please note that the podcast is in Dutch).

How energy will be part of everyday life in 2050