1 A conversation with AI: on AI, it’s benefits and how to start.
2 Insight by the Product Owner of the Year 2020
3 VanMoof chooses INFO as digital partner for their global service expansion
4 The Invincible Company: a review from the digital innovation perspective
5 How Talpa drives innovation and transformation in the media industry
Like many sectors, the fitness industry has also been hit hard by COVID-19. The gyms are closed and subscriptions had to be (temporarily) suspended. Virtuagym to the rescue! This innovative fitness software platform for customer engagement, coaching and club management was founded by brothers Paul and Hugo Braam.

Co-founder & CEO Hugo Braam: “Our tech enables [gyms] to provide their services beyond the walls of their gym.” One might think that Virtuagym has only just now started to grow under the influence of COVID, but one would be wrong. The Braam brothers have been working on their platform since 2008, which has since grown into an internationally operating tech company with more than 200 employees and serving 7,500 fitness companies worldwide.

Time for our CEO, Remmert Stipdonk, to ask Braam all about exercising with your computer, pivoting, the added value of taking out the middleman, simply booking a flight, the blended experience and Iron Man. Welcome to our podcastInnovative Leaders by INFO.

Most of the companies that INFO works for, came to be because their founders saw an opportunity and capitalized on it. Braam and his brother, however, did it the other way around: “We knew that we wanted to start a company together, but we hadn’t figured out yet what we were going to do exactly,” Braam remembers. He started thinking about the problems that he and his brother could solve in the world. Pretty soon they learned that, back then – we’re talking thirteen years ago – there was very little technology available to support an active and healthy lifestyle, even though technology was already penetrating many other markets. Braam: “It’s hard to imagine with all the fitness apps and innovations within that field that we see available now […] but back then we were asked ‘But how are people supposed to exercise with their computers?’” 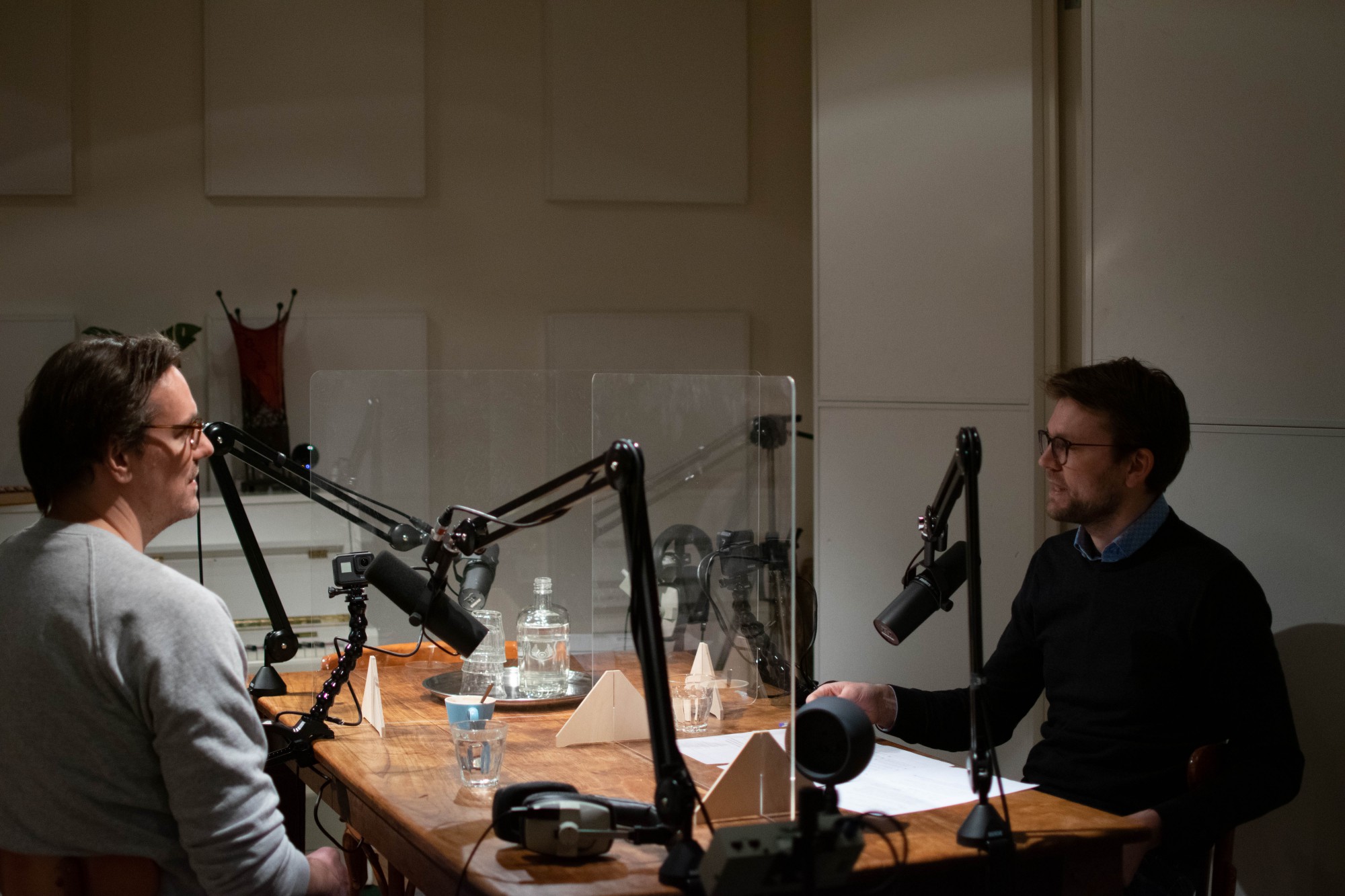 So, Braam and his brother initially founded a gamified at-home-training solution that used sensors. Not too long after they started, the 3D camera made its debut on the market. It was however promptly bought by Microsoft who turned it into the Kinect. “We had to throw out our whole product, six months of work and a 70-page business plan down the drain,” says Braam. They decided to continue as a website that people could use to track their health and fitness. This was Virtuagym’s first pivot. Their website was based on a freemium B2C model with free basic services and a paid pro version. However, the world wasn’t quite ready for this type of business model yet, so they pivoted for the second time, this time toward a B2B model. They kept the software, but now used it within a fitness environment. “And that worked,” he says.
Braam knows from experience that disappointment is a core component of success. At the beginning of 2012, the brothers connected twenty fitness companies to their platform. They used a partner from within the Dutch fitness industry who sold their system for them. Unfortunately, after the first year, ten of the platform’s original members cancelled their subscription and their partner withdrew.

They had to pivot for a third time. The driving force behind this pivot came from somewhere unexpected. One of their customers, Addy, had apparently achieved huge success with a dietary program and had developed a whole concept around it. More and more people became interested in using his method, both near and far. This got Braam thinking: “What if we built the system in a way that makes it easier for entrepreneurs to copy what Addy does?” They adjustes the platform again, which concluded their third and final pivot. 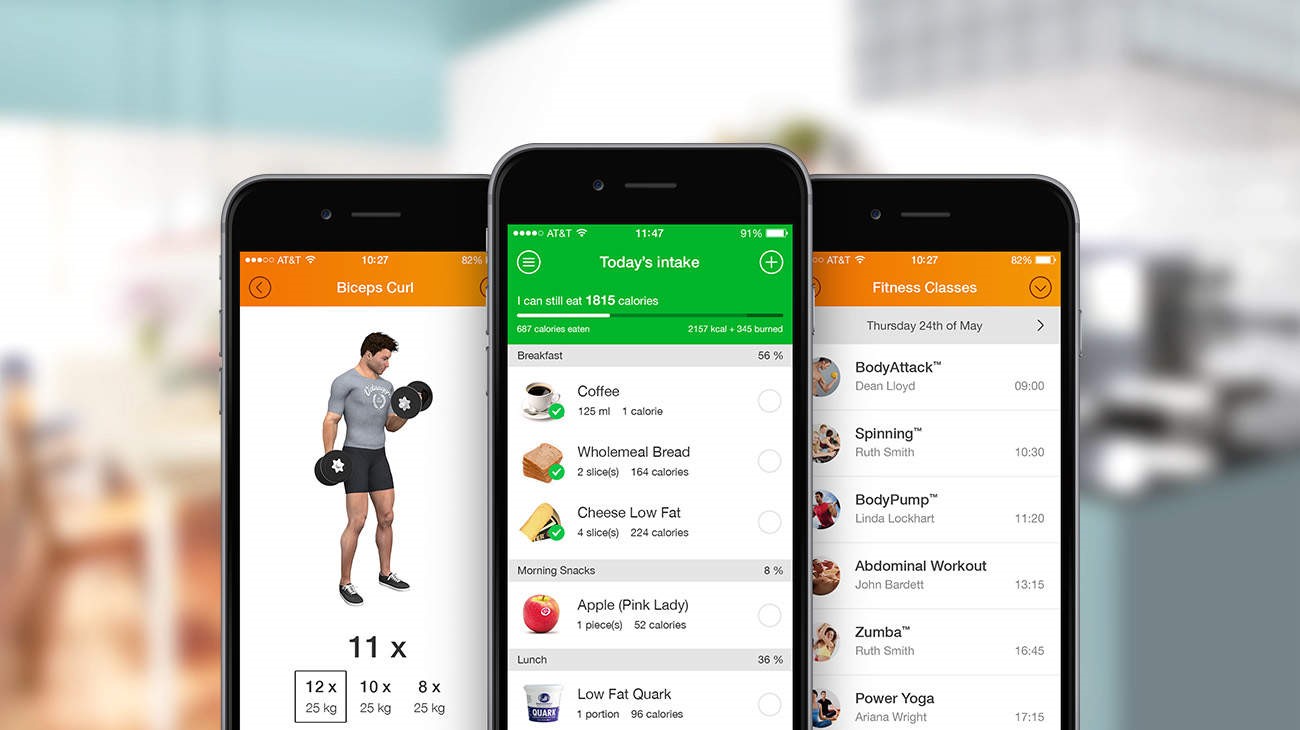 Communication with your customer is king

Because their partner had served as their middleman for a year, Braam suddenly found himself having personal contact with his clients. And that made all the difference: “The moment we started doing it ourselves, we immediately received direct client feedback, which allowed us to make some changes. After that, things skyrocketed,” Braam says.
Braam and his brother worked really hard and their company thrived. But, as we all know, nobody is infallible, so we’re wondering what are some of the things that went wrong? Braam: “We made every mistake in the book. That’s why it took us three and half years before we started making money, but we always kept going. If you persevere and stick with it – and keep your overhead low! – you can afford to make some mistakes.”

Just getting on a plane

Despite their mistakes, in 2021, Virtuagym is a healthy, internationally operating company. They now have an office in Medellín, the Silicon Valley of South America or, as Colombians like to call it themselves, The City of Eternal Spring.
They started out in the United States, however. Because their system was also available in English, they soon started receiving requests from all over the world. Braam and his brother always had the ambition to become a global player within their field, but to make that happen, you also have to dominate the American market, so that when one day a big American player comes to push you out, you’re ready to compete . How did they go about this? “I can tell you some super complicated story, but it’s basically just booking a flight and getting started. […] We immediately knew we wanted to go to California, it’s the cradle of modern fitness, after all, but we also knew that one of our major competitors had its headquarters there. We thought that it would be a good idea to be close to them in case we wanted to do a takeover later,” he laughs. “So then we started a shared office space in Santa Barbara, hired someone and started working. […] It’s not complicated, entrepreneurship is mostly trying not to see too many obstacles and limitations,” Braam says. 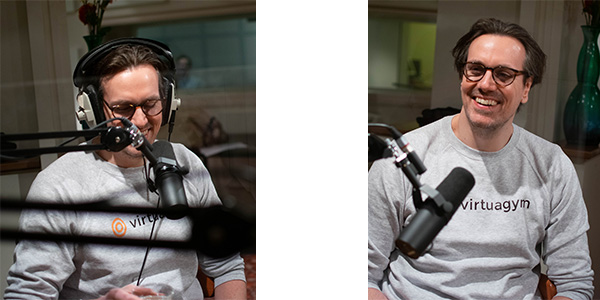 One of the things that stands out with Virtuagym’s platform is its open nature. We would like to know if that ‘s how it is everywhere in the fitness industry? Braam: “It’s the Apple versus Google mentality. […] We opted for an open strategy. Everyone can connect to our APIs and build cool stuff on our data. I believe that that’s best for our customers.” Additionally, offering online and offline services through a single subscription, we call this the blended experience, is highly beneficial for customer loyalty. Nice!

Braam believes that “in the long term, technology will remain a big part of the fitness industry”. And how will Virtuagym fit in? He laughs: “I always say, including to our investors, ‘business plans are nice, but reality can catch up to you within a week’.” Despite this, he has the ambition to become the number-1 player in the field of coaching technology and to be the platform behind most of the fitness companies in their focus market. He also believes that the gym will become an extension of healthcare.
Braam would love for his company to disrupt the market the same way as Elon Musk did, in Braam’s eyes the epitome of an innovative leader: “A good example of an entrepreneur that goes the distance, which is why everything he touches turns to gold. […] He’s Marvel’s Iron Man in the flesh. […] Elon Musk turns science fiction into reality,” he concludes.

Would you like to know what Hugo Braam had to say about micromanagement, what sets them apart from the competition, working with your brother, why they exchanged Santa Barbara for Medellín and vuvuzelas? Then listen to our podcast, Innovative Leaders by INFO, to find out.

How GROWx works towards local and sustainable food supply worldwide