1 EMERCE100: Digital is more than just technology
2 Webinar: how to get everybody on the same page using storytelling
3 Advanced tips for using velocity in Sprint Planning in a Scrum Team
4 How the designer can support the PO in agile product development
5 The key to a successful digital transformation
When discussing the Olympics in the Netherlands, people automatically think of NOC*NSF. What most people don’t know, however, is that NOC*NSF mostly facilitates the Netherlands’ ninety national sports organizations who, together, represent about 24,000 sports associations with a total of 5.2 million members. NOC*NSF consists of multiple departments that all have their own expertise and targets within the Dutch sports arena, but their overarching goal is – simply put – to get as many Dutch people as possible to exercise.

Bob Thomassen, Project Leader Quality Care System within the Sports- Participation department, is responsible for infrastructure, by which he means the facilities. “First and foremost, it all has to be safe and follow the rules of the sport. Every sports facility that is built in the Netherlands has to meet certain basic requirements. We want fair competition and to compete on a global level, like with World or European Championships” he explains. About forty years ago, NOC*NSF set up a certification system to guarantee safety and to assess whether or not a certain facility met the requirements. However, according to Thomassen, the work processes of the old certification system became outdated over the past few years. For this reason, NOC*NSF started building a new certification system – an IT platform that will automate the entire certification process and make it user- friendly. In addition, the certification system will be expanded with, among other things, an accomodation passport and a sustainability label that must ensure that the sport infrastructure in the Netherlands becomes more sustainable. We spoke with Thomassen about the role that alignment has in this process.

To understand exactly how important alignment is, Thomassen first provides us with some background information. The original certification system is a collab of NOC*NSF with municipalities, sports center owners and suppliers; the “Triple Helix,” as Thomassen calls it. However, the system is NOC*NSF’s property since it’s a privately owned quality label, like Beter Leven for food. After completion by NOC*NSF, the new certification system will be handed over to the Sports Infrastructure Foundation, which has to be set up by the Triple Helix.

In addition, Thomassen’s department tripled in size over the last three years and with that growth the need for alignment grew, too. Last year, the agile way of working was introduced in the whole department. That’s why Thomassen and his team are now following the Scrum method and working agile.The most important critical factor for success of the new certification system is meeting the wishes and needs of all users of the current system. “The new platform should make the information for building sports accommodations easily available for everyone. We’re building for the municipalities and the sports unions that are involved in building sports accommodations. We now only want to build things that they also see the added value of,” Thomassen explains their newly gained insight. 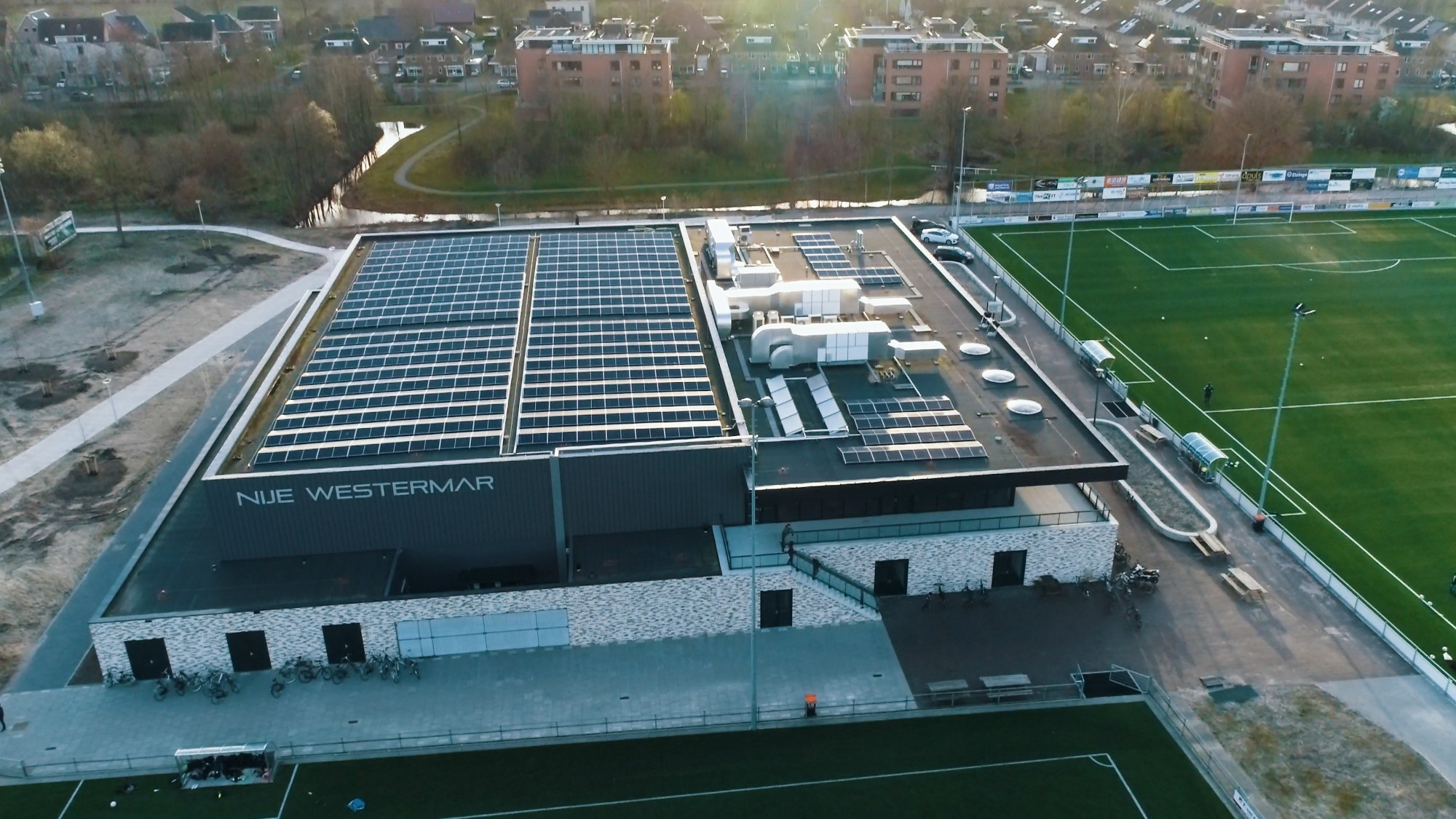 That’s why Thomassen’s department is now re-evaluating their role within both the organization and the Triple Helix. They want to become the “supportive caregiver”, by which he means that they will have a mostly supporting and facilitating role. Initially, Thomassen’s own role was more of a connector: “There were a lot of old grudges and frustrations that I wanted to tackle first, so that we could start fresh, with a clean slate.” He then moved on to “strategically low-hanging fruit,” as he likes to call it, in this case digitizing the sports facility handbook. Ever since he delivered the digital handbook, he noticed that people are more involved and show more interest during the task force meetings that he organizes.

Those task forces are only one of the ways that Thomassen uses to create alignment within the organization, the different teams and their processes. “The task forces are very important because you can talk to everyone and you have a place to align things. Once a month, I sit down with the Triple Helix steering committee, which consists of the director of Sports & Municipalities, the director of Civil Engineering and sports sector association and the sports participation manager of NOC*NSF. In addition, once every quarter I have a meeting with the unions, branche associations and municipalities. They make sure that their colleagues also join in.” Therefore, to him, alignment means “involving stakeholders and keeping them involved.”

“Task forces are only one of the ways to create alignment within the organization, the different teams and their processes.”

Besides working in sprints and being part of several task forces, Thomassen feels that alignment is “simply using your common sense. We’re operating with different interests, wishes and needs. So we always have to keep everybody happy and translate the wants and needs that we pick up [during meetings] into a process or product. Additionally, during face-to-face meetings, I always try to be flexible and receptive.” Finally, he creates alignment by phasing everything out and thinking hard about what to deliver and when. This is more easily said than done, however: “Your jumping-off point is based on assumptions, so after the exploration of the market in track 0 (this is how INFO calls the discovery phase), we made a sketch of where we want to go and how we think we can get there, but it’s all a guessing game, since you haven’t tested anything yet. We’re going to do that now with the stakeholders that are actually going to use the platform.”

Due to the complex context in which NOC*NSF operates, Thomassen has to navigate between different interests. And that isn’t his biggest issue. Soon there will be shared ownership of the certification system, which means that the internal organization of NOC*NSF will also have to deal with a different target group than the trusted unions. For example the IT-department. Currently the IT-department mainly provides internal support to colleagues, but will now have to change to a service-providing role of IT services for the benefit of the Sports Infrastructure platform and all its IT services and products. “We need security, privacy and incident management and are currently in the process of arranging this properly. We are still working on finding a solution for what should be done with all the data that is still with the various parties. Everyone has valuable data that they don’t want to share. Lucky for us, we don’t process any personal data,” he laughs, “or else it would’ve been even more complicated.” Thomassen also remarks that an institute such as NOC*NSF can quickly get bogged down by “inertia” and bureaucracy, and he feels that more time could be spent on optimizing and aligning processes, avoiding two people doing the same tasks in different departments.

Alignment is something that he practices “throughout the whole week” while working on this project: “One week it’s about eight hours, the next it’s three days. I found that a tight schedule and regular meetings are the way to go in these cases,” he states. “If you involve your stakeholders, you’ll make better products that people really want to use.”

Thomassen also has some tips for other project leaders that are struggling with the same issues: “This is my own personal philosophy,” he laughs, “but I found that all people want is a sympathetic listener. It doesn’t matter whether what they’re telling you is relevant or not, a little understanding goes a long way. I also like to use humor to deflect possible tension and always try to operate from a place where nothing is impossible and where anyone can pitch anything, as long as it fits in with the system and the finances. People like that,” he concludes our conversation.

This interview is part of a blogseries about alignment. Here you can read about the importance of stragetic alignment in digital product development or download our whitepaper about this topic.

Philadelphia: Alignment is all about the proces

The importance of strategic alignment in digital product development