Insight by the Product Owner of the Year 2020

Insight by the Product Owner of the Year 2020 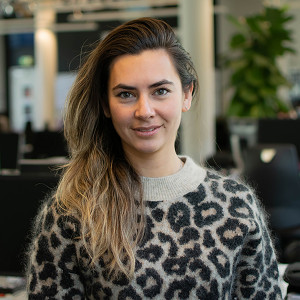 1 A conversation with AI: on AI, it’s benefits and how to start.
2 VanMoof chooses INFO as digital partner for their global service expansion
3 The Invincible Company: a review from the digital innovation perspective
4 How Talpa drives innovation and transformation in the media industry
5 Just Eat Takeaway.com from Dutch player to globally scalable platform
Last month, Peter van de Pol, Product Owner OV-fiets with the NS, won the title Product Owner of the Year 2020 during the Agile Awards. We spoke with Van de Pol about the role, tasks and characteristics of a Product Owner (PO), stakeholders, taking pride in your work, teachable moments and about the tips that he would give himself at the beginning of his career.

What the judges had to say

“Product Owner Peter van de Pol (NS) is creative with his role. He has a passion for products and clients. In this category, the judges focused on three criteria: vision, decisiveness, and to what extent the customer came first. On all these points, Peter scored very well. His pitch was very personal, which made it pleasant to listen to, both visually and creatively. Peter compared his own story to the theater. He puts on the same play each time, but for a different audience. And each time, people take away something else. We thought this was a strong comparison. Finally, Peter came across as very proud. Proud of what he does.”

With these comments, the judges awarded Peter van de Pol, Product Owner (PO) OV-fiets with the NS, the new Product Owner of the Year during the Agile Awards 2020. Van de Pol leads the team that focuses on continuity and product development of the rental, management, and maintenance of the OV-fiets. His team is a cross-section of the organization and his team members have different operational and IT roles, such as process manager, Scrum master, and developer. For the past few years, they, together with a couple of external partners including INFO, have been working on the development of the smart lock among other things. 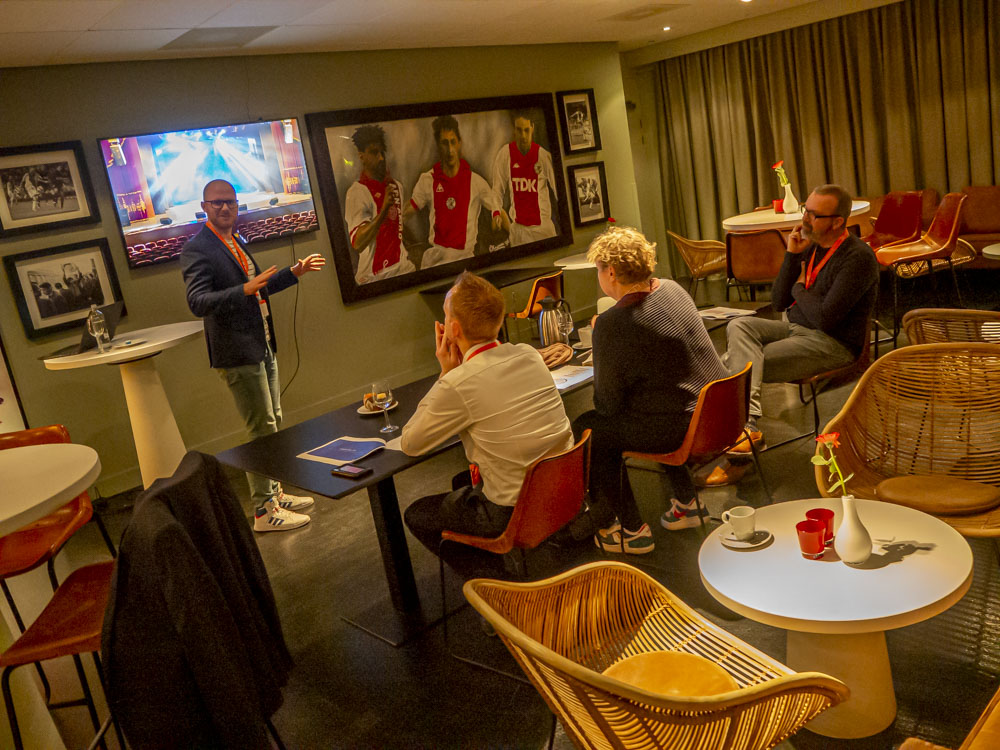 Presentation before the judges of the Agile Awards 2020

A slice of pie

For starters, we want to know what a PO does exactly. “I always explain that it’s like getting a slice of pie from the organization. This piece of pie is yours and you’re responsible for it. That means that you get the means to facilitate everything within that slice, but that you make sure that it fits in well with the rest of the pie. Besides that, you’re responsible for product development,” says Van de Pol.

In his role as PO, Van de Pol is also responsible for leading external teams. He is their first point of contact and makes sure that the activities of both the internal and the external teams are coordinated. Additionally, he takes care that his activities are coordinated with the other OV-fiets teams that are responsible for locations, distribution points, online services, and customer surveys, and he shares his progress internally with the different stakeholders, such as the different service departments.

You don’t become Product Owner of the Year just like that. According to Van de Pol, a good PO has a couple of characteristics. First of all, a PO has to be able to cope well with change and must enjoy being in motion constantly. In addition, POs must be able to act and respond instantly, because things sometimes move fast. It’s also very important that a PO can listen well and especially “hear between the lines”, that they stay in touch with their stakeholders and that they really understand what they want. A PO also needs to invest a lot of time in ensuring that their team understands why they do what they do and that they really understand the product, says Van de Pol. The most important thing, however, is that “you create a focus for the team and maintain peace of mind. You have to be able to create a kind of peaceful bubble for your team.”

Society as a stakeholder

Like most POs, Van de Pol has to deal with both internal and external stakeholders. However, he has an extra party that he has to consider: society. Because of the societal role that the NS fulfills, he and his team must always take public opinion into account. “It’s better to embrace it,” says Van de Pol. “It’s a difficult balance, kind of like a three-way scale, and that makes it difficult sometimes to make decisions,” he continues.

One of the few things he likes less about his job is that some things can take a long time. All stakeholders must be aligned before he can actually get started. For example, the first sketch of the smart lock was drawn up in November of 2017, and yet the pilot only went live in early 2019 and the smart lock has only recently been introduced to the general public. Although Van de Pol would sometimes like to go faster and sometimes has to work really hard to maintain his drive, he realizes that “it is not a sprint, but a marathon”.

As we have seen in the judges’ comments, Van de Pol takes pride in his work: “Of course, it’s a cool, fun, and positive project to work on, but I’m especially proud of how we did it. We have a cool team, we’re really doing it together.” How does Van de Pol keep his team healthy and positive? According to him, it’s very important to share. “Your opinion, but also if you’re having a bad day, inside the office or at home.” Because the space was created within his team, people took it. It also helped that the goal was clear so that everyone knew where they were working on. Finally, because everyone felt safe, the team dared to be critical of each other based on their own expertise, which led to better results. 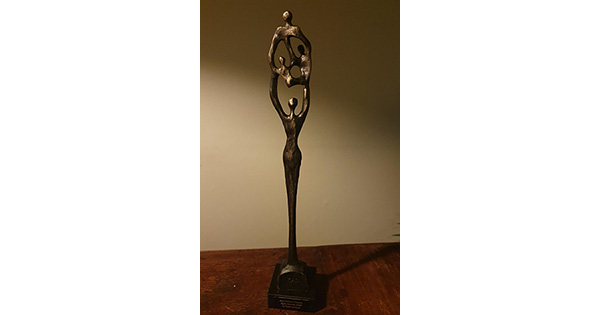 Openness toward your stakeholders

Of course, not everything ran smoothly for this Product Owner of the Year. In hindsight, during the runway towards the smart lock pilot, he should have tried to control a couple of more factors before going live: “For too long I tried to make up for a lost time. We should have postponed the pilot earlier and should have confessed that we had to slow down the pace. In these situations, it’s important to be open and honest with your stakeholders, without creating a panic.”
His tip for other POs is to be as open and honest as you can, but take care to not create a panic, however hard that may be when different stakeholders are involved. With (internal) stakeholders that are up to speed, you can delve deeper into the material and share certain insecurities, because they know to put it in perspective. Stakeholders that are less in the know, however, often don’t know how to accurately predict the consequences and might freak out. Caution is advised.

When we asked him which tips he would give his past self at the beginning of his career, he had to think for a minute, but eventually, he came up with the following: first of all, he would tell himself to focus. He has the natural tendency to take on a lot, causing his attention span to be quite fragmented when he started out. Now, he has learned that “whatever you give attention grows”. By extension, he had another tip for himself, that he should take care when doing things. To be mindful. Don’t half-ass things, don’t cut corners, and keep your head in the game. Last, but not least, he would like his past self to know that “you shouldn’t be scared to deliver your first iteration of something if you have put everything you got into it.”

Finally, Van de Pol believes that it’s important that a PO should create his own style: “Agile is a simple principle, so it’s more about the application… If you’re only doing what other people are doing, you won’t last.”

How the designer can support the PO in agile product development