1 A conversation with AI: on AI, it’s benefits and how to start.
2 Insight by the Product Owner of the Year 2020
3 VanMoof chooses INFO as digital partner for their global service expansion
4 The Invincible Company: a review from the digital innovation perspective
5 Just Eat Takeaway.com from Dutch player to globally scalable platform
Talpa Network, a Dutch media company with brands such as SBS6, Radio538 and LINDA, strives for a stronger connection between radio, TV and social. To shape this digital development, Talpa recruited Arno Otto in January 2020 as their Chief Transformation Officer.

In our podcast Innovative Leaders by INFO, Otto talks about his role as CTO. He talks to us about transformation, the need for a more humane approach to data usage and why he believes that the Netherlands has a pioneering role in solving these issues.

As Chief Transformation Officer, we’re curious to learn what exactly has to be transformed. Otto notes that Talpa is driven by innovation, they’re always investing heavily and frequently in many new things. This innovative attitude has resulted in a fragmented organization that has difficulty scaling up. Otto was tasked to create a foundation for solid growth and he realizes that through “an ordinary transformation process: there’s an old way of working, we invent a new way of working, we organize ourselves accordingly and then we execute.”

“When you change faster, you lay your new foundation faster.”

Otto shares that Corona accelerated that transformation, which benefited the organization. “When you change faster, you lay your new foundation faster”, says Otto. He continues: “Due to the urgency of the second quarter of 2020, we implemented changes much faster than we would have otherwise.” As an example, he cites the major reorganization, which would have been less severe if Talpa had not faced an economic headwind. 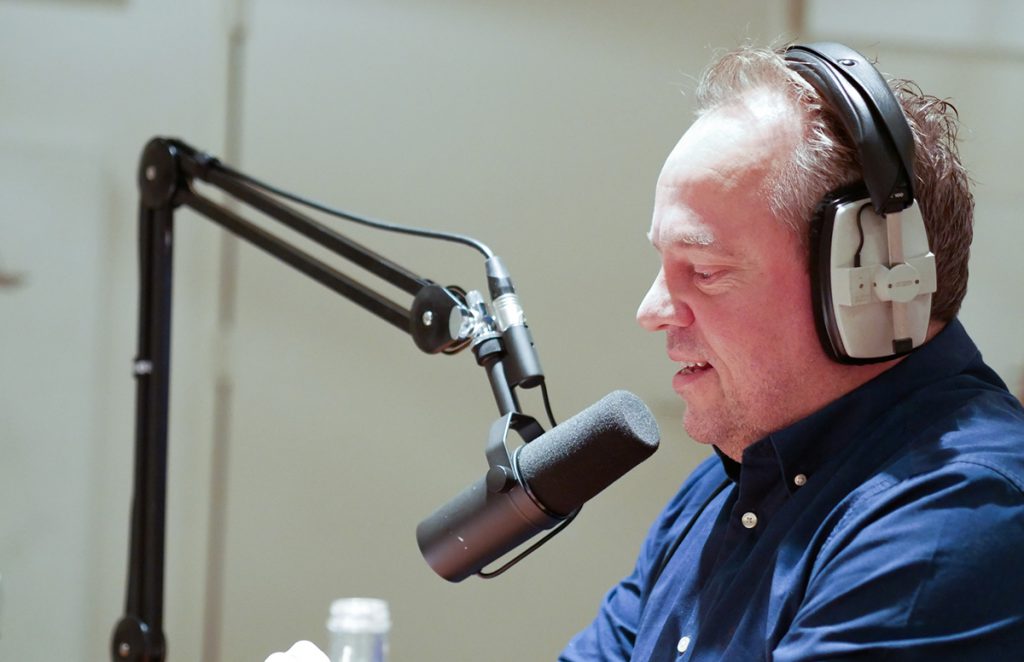 Indirectly, Covid brought more benefits. Because according to Otto, transformation is all about people. It’s about the culture and the way of working that has to be changed. Talpa was mainly technology-driven, but for some new developments, it was necessary to put the product, the experience, into the spotlight. Otto: “Technology and product had to start dancing the tango together.” The reorganization and Covid forced Talpa to establish this collaboration immediately and “to turn it into a line dance with all the other departments of the company”, like engineering, marketing, operations, and all staff organizations.

After this accelerated change, where is Talpa now on the path of transformation? According to Otto, they’re only at the beginning. He works with a window of three years: “The first year is laying the foundation, the second year is changing the way of working and accelerating, and the third year is making the switch to the new organization.”

To inform or to entertain?

Otto’s mission is also about transforming the way media models and algorithms are now organized. A more humane approach is to use data and AI to inform and entertain people.

What’s more important to Talpa, to inform or entertain? Otto: “That’s a difficult question. I think entertainment is the core of our core. Yes, we are fundamentally an entertainment company.”

Otto brings both informing and entertainment back to media, which he splits into different forms: video, audio (formerly radio), and text & images. Since a high number of page views are generated through news and current affairs, Talpa has also invested in news provision with the ANP. This way they can reach people more than once a week/month.

“Entertainment is the core of our core.”

Otto continues his explanation about media, he divides the media sector over four axes:

According to Otto, every media company is positioned differently on those four axes. Uniquely, Talpa operates mainly on the axis of content creation: “Talpa is originally a content creation company, we produce. This sets us apart from other media companies that are active from curation to monetization.” 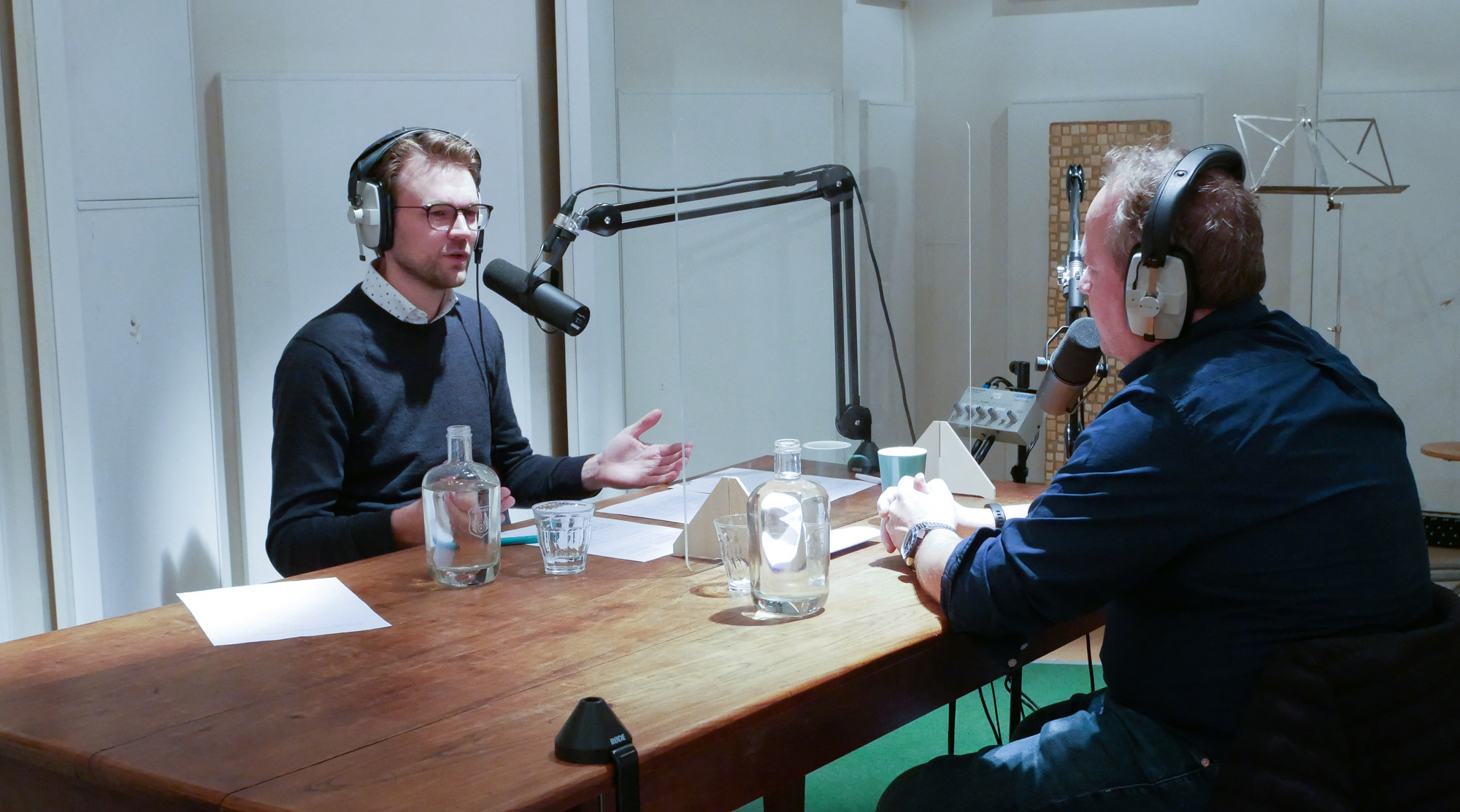 A humane approach to data usage

Consumer data is currently a hot item; you want to collect data to offer users something great, but you also don’t want to misuse that data. We ask Otto about his vision.

“The internet market has been dealing with data for more than twenty years”, says Otto. He explains media transitioned from an ad-driven industry twenty years ago (B2B) to consumer-centric ten years ago (B2C), where you have to get to know the customer and then offer what the customer needs.

“When you go back to what we’ve agreed in the physical world, the world becomes very simple.”

Media companies use data to ensure we watch, listen or read for longer, in favor of their revenue model, advertising. “We call this predictive modeling: using data models to increase consumption, to get more eyes or ears time”, says Otto. According to him, it’s fundamentally a friendly principle, using data because you want to serve your customer better. However, a number of parties, especially Big Tech, have gone to the other extreme, gathering data purely with one goal in mind: more consumption = more advertisements = even more money.

This ‘Big data game’ has set a new trend in motion: from a consumer-oriented to a people-oriented approach, where data is being steered from the individual. From B2C to C2B. Otto thinks this is very logical: “we’re experiencing a movement where the digital world goes back to, becomes much more comparable to the physical world.” Because the current digital situation, where users are registered and identified left, right, and center, is an abnormal situation, thinks Otto. “When you go back to what we’ve agreed in the physical world, the world becomes very simple. Then we all have only one identity and one passport instead of twenty.”

The challenge today lies in shaping this human centric approach. Otto: “Identity becomes an incredibly important thing, and how you can build and maintain a trusting relationship with your customer (for us the viewers, listeners, readers), how you earn their trust to give them recommendations.” Openness in this dialogue is crucial, Otto believes. “Do you want us to help you further so you get our services cheaper or do you want to pay for it? That’s my long-term vision.”

Otto believes that our innovative country should take the lead in solving these kinds of important issues. Otto: “Fake news, fake ads, the dominance of large tech platforms, the Netherlands has a pioneering role to show how things should be done differently. As the Netherlands, as an industry, we have a responsibility to open an honest dialogue about what are we going to do with this?”

As an example of such an innovation, Otto mentions NLZIET: the Netherlands is the first country in the world where public and commercial broadcasters are collaborating on a video platform. Videoland is also a great example, perhaps Netflix’s only local challenger. Otto: “I’m confident that the Netherlands, with good ideas and good people, will come a long way. Not to go against industry developments, but to take the next step better.”

Plans for the future

We wonder which innovations we can expect from Talpa, for example, will they launch a streaming platform? “We already have: KIJK is the streaming platform for all Talpa channels and NLZIET from the broadcasters”, Otto says. According to him, NLZIET is a real gem, an underestimated proposition that deserves more attention: “NLZIET is actually the local Hulu, perhaps the best in the world.” NLZIET must now be further developed into a household brand like Hulu, Netflix, or Amazon Prime.

Otto also shares, without being able to go into too much detail, that Talpa is going to respond to three major trends:

When asked where Otto thinks he’ll be in three years’ time, he laughs: “Hopefully I’ll be in a pub, with people closer than six feet, without screens.” Business-wise, Otto thinks that Talpa, as one of the few Dutch media companies, has been able to take a lead in innovation and transformation. Otto: “And I hope, without being a tree hugger, that we’ll be nicer to one another and that we all take a more humane approach. The media has an important role in this, we are often the first to be seen. I wish that in three years’ time we can say that we succeeded.”

Would you like to hear more about how Otto responds to Big Tech, regulators, Covid, and 2020 as the perfect storm? Listen to the full podcast Innovative Leaders by INFO here.