How Greenwheels improves quality of life in Dutch cities

How Greenwheels improves quality of life in Dutch cities

1 EMERCE100: Digital is more than just technology
2 Webinar: how to get everybody on the same page using storytelling
3 Advanced tips for using velocity in Sprint Planning in a Scrum Team
4 How the designer can support the PO in agile product development
5 The key to a successful digital transformation
Greenwheels’ iconic red cars have become a part of Dutch street life. This was very different when Greenwheels first started back in 1995. At the time, the “fleet” consisted of three second-hand cars and the company was run by two students from Rotterdam, Jan and Gijs.

In 2015, it was taken over by Pon and Volkswagen Financial Services (VFS), and Managing Director Andrew Berkhout and Alexander Hinz took the helm. Now, four and a half years later, the fleet (no quotation marks this time!) consists of 3,300 cars: 1,800 in the street fleet, 800 with businesses and 700 in Germany. Greenwheels has always been on the forefront of its field, but led by Berkhout and Hinz this status has been further reinforced. In the Innovative Leaders by INFO podcast, Berkhout, among other things, talks about quality of life in cities, Mobility as a Service (MaaS), innovation, leadership and how that infamous Rotterdam ruggedness pushed Greenwheels to great heights.

A car for everyone

When Berkhout started out in 2015, he actually began by taking a step back. “To take some time to figure out who we are,” as he says. They researched how Greenwheels was perceived by customers and non-customers alike. They also thought about how they wanted to venture into the future and how they wanted to position themselves in the market. They wanted to be “a car for everyone”. A slap in the face of communication gurus who immediately clamored that they would then soon be a car for no one.

What Berkhout means by “a car for everyone” is that he wants to make Greenwheels more accessible. For example, where you had to be 25 to use a Greenwheels car before, you now only have to be 18, and instead of a fixed subscription they now have a system in place, which allows single use. Anything to get more cars on the road, because more shared cars means fewer owned cars and creating more space: “We do everything we do to make cities more livable. We want to get cars off the road to make room for other fun things.” 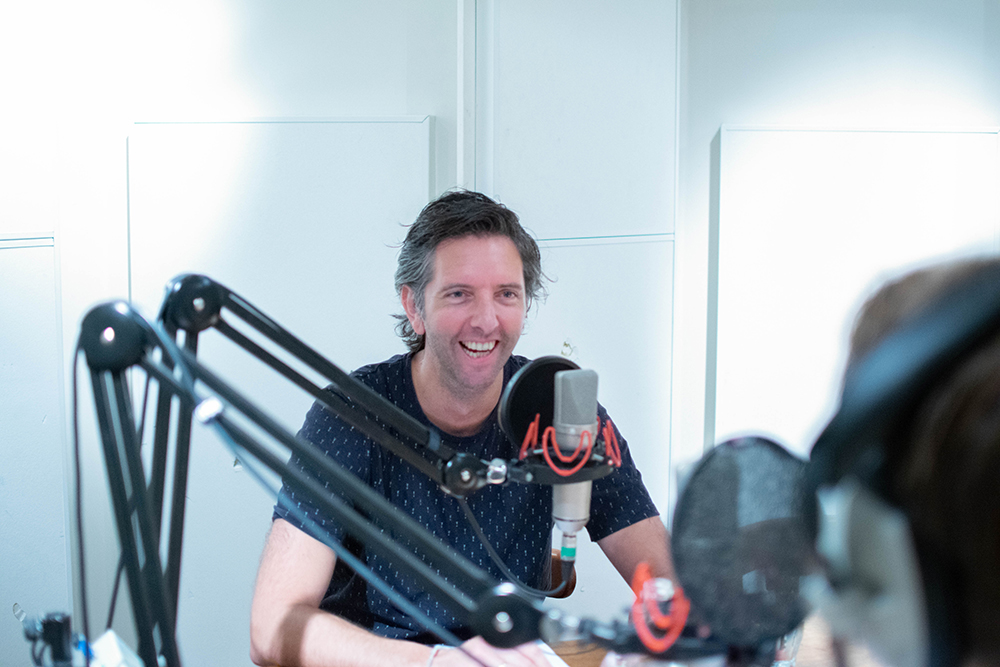 “We are in the business of getting cars off the streets, not putting cars on them.”

Back in ‘95, Greenwheels didn’t have much competition. This is very different now, but Berkhout welcomes the change: “It may sound strange, but I am very happy with [the competition]. The market is still young and therefore I see mostly reasons for cooperation and opportunities to educate the market together.” The Netherlands currently has 90,000 car sharers, so there’s still plenty of opportunity.

Mobility as a Service (MaaS) has been around for a number of years, but lately there have been more opportunities to plan all your mobility between A and B than ever. Where does Greenwheels stand in the process of connecting mobilities to each other and what role do they play in the trend? “For a number of years, our strategy has been to make our concept more open and to make cars available to everyone who needs them. We have been doing this for years with the NS-Business Card, for example. We don’t care if it’s MaaS or something else. We want to be the best sharing provider on any platform.”

According to Berkhout, a lot of people are talking the Maas talk, but are not walking the MaaS walk. He thinks it’s just a matter of time: “I used to lug around my hard drive in order to download music from my friends. Then Spotify suddenly came up with a solution that made that completely unnecessary. That Spotify solution doesn’t exist for multimodal travel yet. We contribute to this process by making our platform as open as possible.” 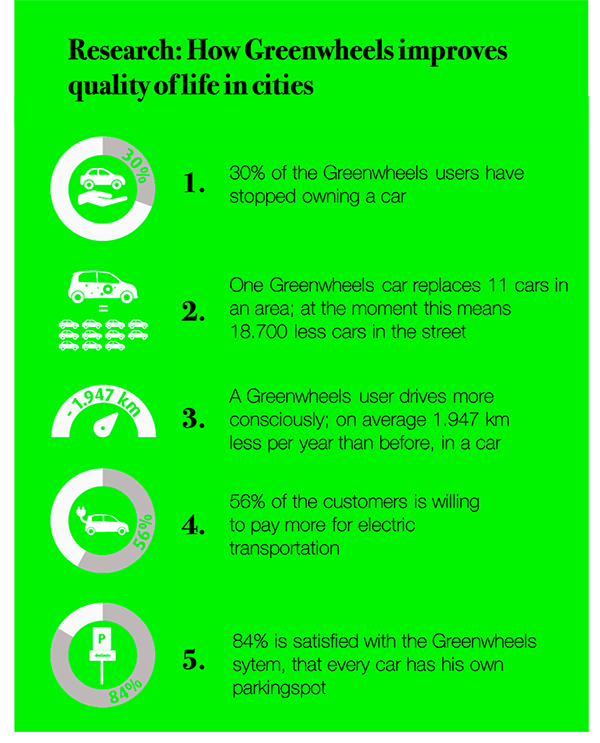 (Urban) Quality of life is an important theme within Greenwheels. Due to the lack of exhaust gases, electric cars fit in well with that theme, and even though Greenwheels owns several electric business cars, their street fleet only contains two electric vehicles. “In 2010, we tested locations in four major Dutch cities. We spent just as many operational costs on those few cars as on the rest of our fleet,” says Berkhout. He thinks that consumers weren’t ready for the electric car then, and that it was feared and misunderstood. Even though the consumer’s attitude towards electric driving has changed, according to Berkhout, the electric car is “still a suboptimal product that does not cover the user cases yet.” This does not, however, prevent him from doing another test in Amsterdam, where the harrowing shortage of parking spaces that the capital has to deal with in 2019 is causing problems for his clients.

Berkhout is sticking to his guns about increasing the quality of city life though: “With every car we place on the street, eleven disappear. We are incredibly proud of that. We are freeing up space in increasingly busy cities. In addition, our customers drive fewer kilometers and travel more by train and bike, which means they emit less CO2. You can imagine the impact of this on large cities.”

No growth is growth too

“We are in the business of getting cars off the streets, not putting cars on them.” A curious statement by a company that depends on the revenue from the number of Greenwheels cars on the street. Berkhout explains: “We only add a car to the street fleet if it makes sense. That is why we have added 100 cars each year for the past two years. That number would have been four times higher if we had the full cooperation of the municipalities.” And although the growth in the number of cars is lagging behind somewhat with 5%, the number of users increased tremendously: 43% in 2017 and 50% in 2018. No bad at all!

Greenwheels is growing faster in the B2B market, with which Berkhout wants to create liveability for employers: “Employees then no longer have a lease car, but a mobility card.”

“We do everything we do to make cities more livable. We want to get cars off the road to make room for other fun things.”

Too fast for Google

Berkhout is not too concerned with all the innovations in the field of autonomous driving: “Of course we’re experimenting a little here and there, but that is something I don’t want to bother my colleagues with too much right now.” Even though Berkhout believes in a future in which autonomous driving is the norm and far fewer cars are needed for the same movements, he now focuses on smart speakers.

“We wanted to make it possible to book a car with your voice through Google. Everything is built and ready to go, but the way we intended to do it went a bit too fast for Google,” states Berkhout. “I just want someone to be able to say ‘Hey Greenwheels, I want to rent a car,’ but that’s only a matter of time.”

Besides voice-controlled car sharing, Berkhout and his team have lots of other neat ideas: “Every sprint makes me feel like a kid in a candy store, we have so many cool ideas in the backlog! But I can’t buy everything at once. In recent years we have had to leave some cool things behind for the benefit of things that were more useful at the time and that is ok. ”

No man is an island and this is something that Berkhout knows all too well. “It’s about what the company knows and what the employees know. They’re the ones that worked with so much passion and that poured their blood, sweat, tears and that infamous Rotterdam ruggedness into the company. They have many ideas about what could be better or what should be different.” He – like many of his NextGen leader peers – has created an atmosphere in which employees feel safe to present their own ideas, and that allows them to make mistakes. Because “only then an employee will feel safe enough to explore and test his boundaries,” according to Berkhout. Even though he finds it hard to let go sometimes, he learned to trust in his people’s abilities.

Another thing that Berkhout prefers to do together is lead the company. Together with Vice-Managing Director Alexander Hinz, he is responsible for the day-to-day operations of the organization. Although they split up their responsibilities (“I’m responsible for the front-end and Alex takes care of the back-end.”), they constantly interfere with each other’s work: “We complement each other and need each other to make growth possible. I can’t imagine doing it without him.”

When Berkhout and Hinz just started out, Greenwheels was an even flatter organization than it is now. Berkhout: “We added a management layer, so that we would move less randomly and could head into the future in a more structured way.” The company is now managed decentrally. As Berkhout says: “We don’t hire smart people to tell them what to do. They tell us what we should do.” 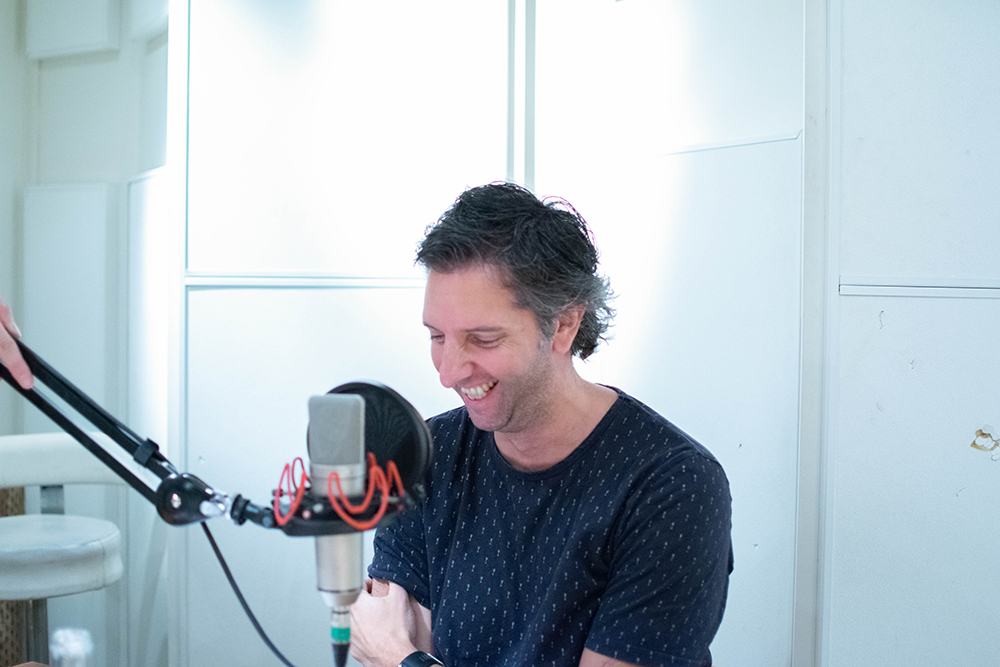 When asked, Berkhout says that he would like to stay with Greenwheels for the years to come. In his mind, he’s just at the beginning: “It feels like we’re only starting out just now. Honestly, a lot of things have changed over the last few years, but those were basics, like new cars and new technology. We only now have the ingredients to create a beautiful recipe. We want to lower the user threshold even further, add new propositions and implement new ideas into the market.”
In the short term this means solving the Amsterdam-parking problem and further experimentation with voice commands. In the long run, Berkhout wants to maintain Greenwheels’ position as market leader, add new locations and become part of a MaaS or other platform. What he wants most however, is that Greenwheels brings about a behavioral change with consumers and that everybody drives consciously. To achieve this, he has set himself a period of five years. “Can do!” he concludes.

If you would like to know more about Greenwheels or Andrew Berkhout, listen to our podcast Innovative Leaders by INFO here or take a look at the Greenwheels case study.