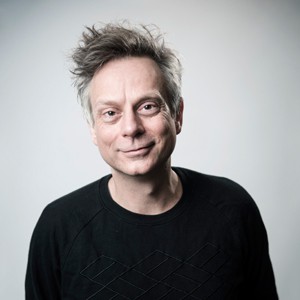 1 Handbook: Take control of your digital innovation
2 How Centraal Beheer innovates to become the most beloved service provider
3 INFO and OV-fiets nominated for Dutch Interactive Award
4 Report: Vision on Mobility: En route to 2050
5 Insight by the Product Owner of the Year 2020
The ways in which we will use mobility will change. 64% of Dutch people indicate that they are willing to reconsider their travel behavior as soon as there is a good alternative. Consider, for example, a transport subscription with which all forms of shared and public transport can be used for a fixed price every month. According to a recent Dutch research by ABN AMRO, a privately owned car will no longer be necessary. But which influences are driving these changes and what will mobility look like in the future?

These questions were the central theme around which the Stad van de Toekomst (City of the Future) revolved and for which I was part of the research team. The research project is an initiative by the BNA (the Dutch Architects Association) in which the researchers took a closer look at five, 1-square-kilometer locations in Amsterdam, Rotterdam, The Hague, Utrecht and Eindhoven to determine new ways to interpret the concept of “city”. By combining the results of this research with the scenarios that we developed for the ‘Near Future Cities of Things; Addressing Dilemmas through Design Fiction’ paper (Lupetti et al, 2018), we have formulated eight trends that will impact and shape the mobility of the future.

The environment that we live in becomes more and more urbanized. This negatively affects the quality. After all, we are forced to share less space with more people. Houses become smaller and smaller to the point that they are now sometimes even tiny (tiny houses).

The cost of space also dramatically increases. Cars have no place in the city anymore; the parking spaces are literally becoming unaffordable. Experts predict that this will also happen to Dutch icon, the bike. Traffic jams aren’t reserved for cars anymore; in the Netherlands, we have “bike jams”. Due to urbanization, the “last mile” is becoming shorter and will mostly be covered by foot.

The current trend of flexible workspaces will continue. It’s easier to work from “anywhere”; our laptop is our office. Of course, this doesn’t hold true for all professions. In knowledge-intensive environments, getting the teams together is of great value. But they don’t have to meet in person to do so.

Although not everyone will exchange the office for a co-working space, this concept will gain more traction in the years to come. This is partly due to organizations declining to build their own offices.

Combined with smaller houses in urban environments, this will not lead to less commuter traffic, but it will inspire a change. Depending on the provided connections (roads and public transportation), workspaces will be closer to the cities and working days won’t be limited to 9 to 5.

Mobile workspaces are seen as an important form of future autonomous transportation systems. We’re already seeing that commuters that have good connections to their disposal (like Intercity trains) use these as a mobile workspace. When autonomous vehicles have become a technical reality, they can open up (especially less urbanized) areas with customized, door-to-door commuter traffic. 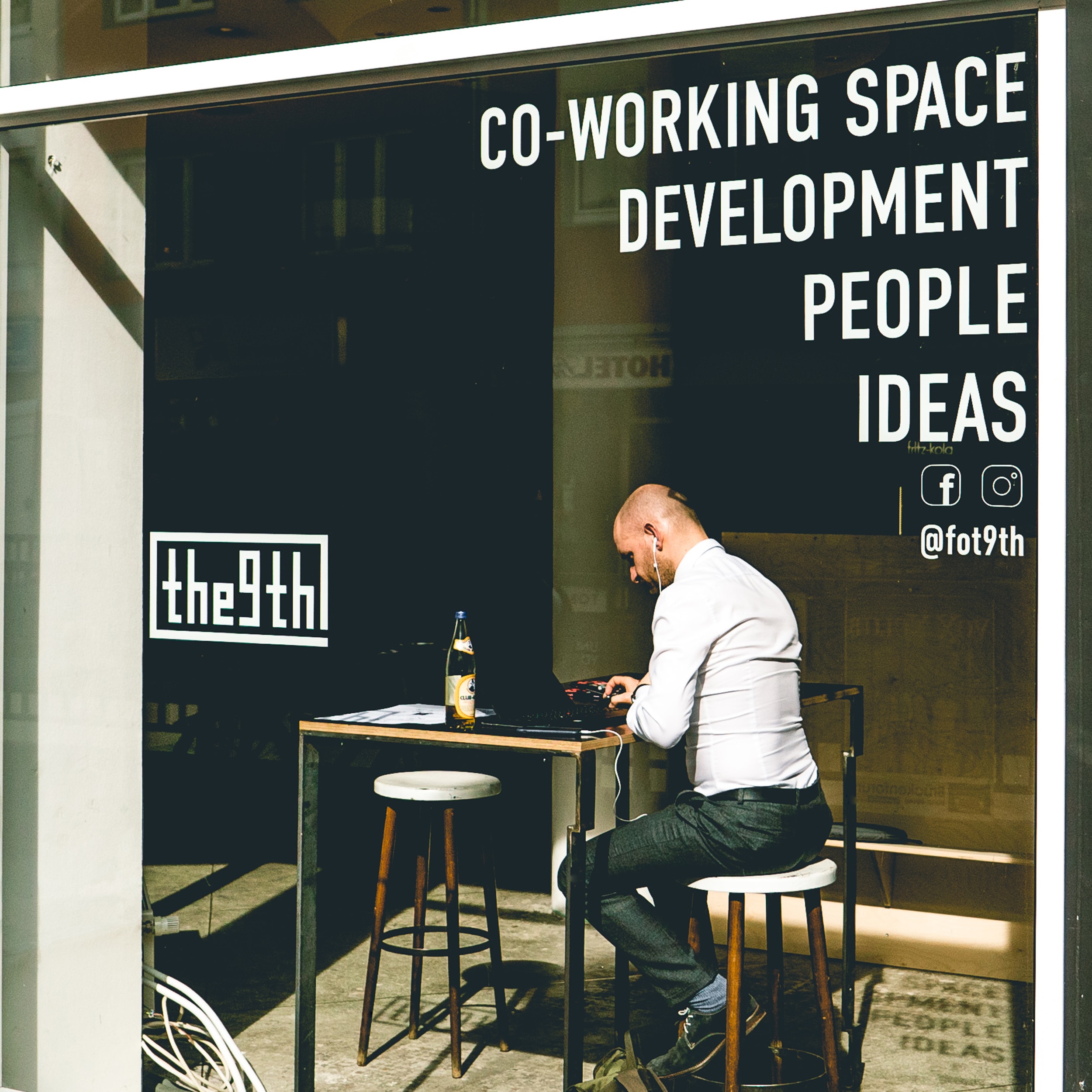 3. Change of the climate system

Climate change is a serious problem. Rethinking energy and mobility systems is part of the solution. The increased use of solar energy and electric vehicles will create a better balance. More efficient use of the system might be even more important, however. Faster trains are becoming a serious alternative to the airplane and locally generating energy by neighborhoods or companies will be normal.

This year, William D. Norhaus, among others, won the Nobel Prize in Economics. Nordhaus argues for an economic system that stimulates a better use of energy: the DICE model (Dynamic Integrated Climate-Economy). The costs of environmental taxes will be directly passed on to the polluter, which means that making improvements immediately yields value. Being environmentally conscious comes with benefits. This will encourage people’s own sense of responsibility for the energy systems. A good example of this is the Jaarbeurs in Utrecht (a trade show venue). They are combining new developments in solar energy and storage, making them more than “just” a venue owner; they’re an energy supplier as well. 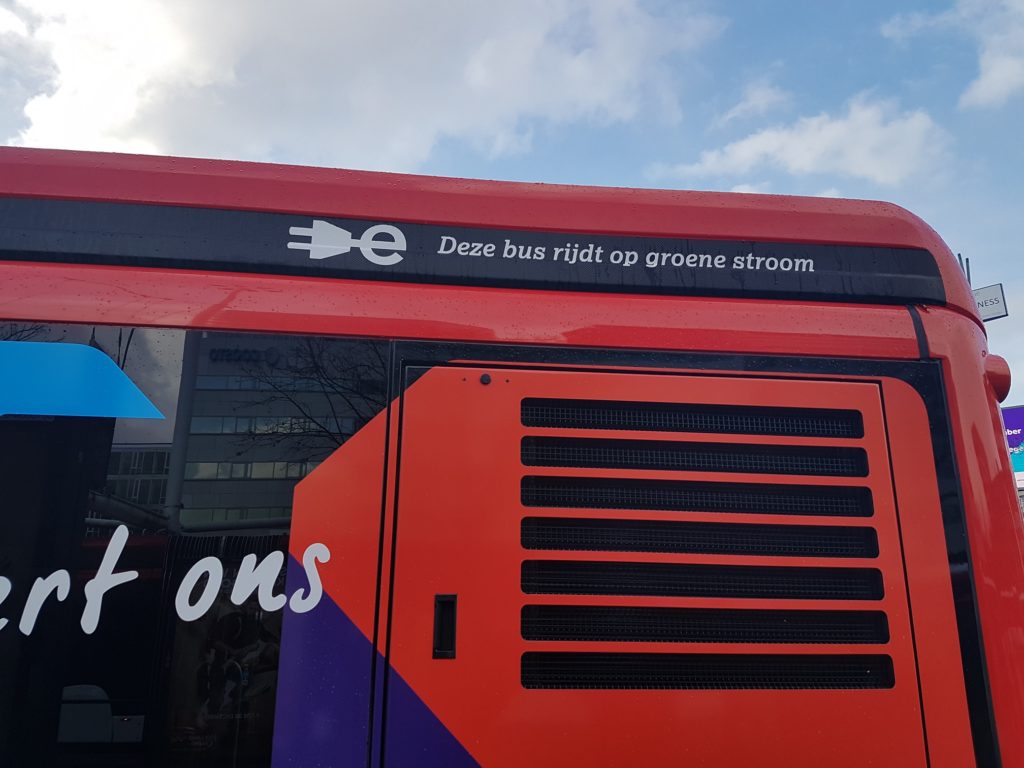 Digitizing our environment has led to us being used to a more diverse and personalized offer. From assembling our perfect a car to 3D-printed objects, customization has become regular.

In addition, algorithms are slowly but surely invading our lives. It’s not just that we can get everything customized, the products and services that we use are adjusted to our behavior, the information that our online profiles provide and similar users. The personalized offer that we receive depends on the moment and where in the system we are at the time.

In the Future Scenarios paper we describe how the planning of our trip in an “OV pod” is optimized based on the travel goal of all the travelers. You won’t know beforehand how long the trip is going to take, unless you pay for additional services. A logical next step in the development of transportation systems, like the Intercity Direct that works with these additional charges.

The system therefore becomes more flexible. The user can influence it, but the system will also create a reality based on your specific situation. The Transparent Charging Station, which was developed by way of experiment by eLaadNL and Alliander, chooses who has priority when it comes to charging an electric car and tries to make these considerations transparent. 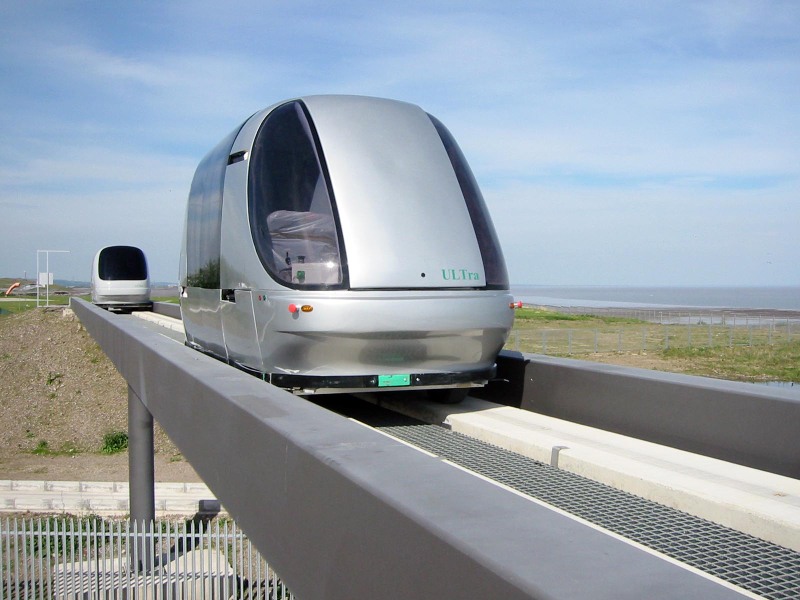 5. From ownership to use and from single use to sharing

Airbnb, Uber and Greenwheels have been showing us that the concept of ownership is fading. These services appear to fulfill a need and this process only seems to speed up. For example, we have seen a considerable growth in private leasing and car sharing, mostly with younger generations.

Even though it’s still relatively small, initiatives like Snappcar are interesting, because they offer you the option to share your own car with other people. This could very well be a part of buying (or leasing) cars in the future. Shared use will be perfectly normal. We have the charging stations, now all we need are the cars.

Another interesting development is the popularity of the Swapfiets (Swap bike). College cities seem to have been taken over by that distinctive blue front tire. Apparently a sense of security and ease of use are more important than one’s own identity through ownership. That sense of self comes from other places.

It’s interesting to see how spending patterns change under the influence of these trends. We have more subscriptions, from phones to bikes to meal plans. A trend that’s making its way across the pond from the United States, where you can have a subscription to everything. 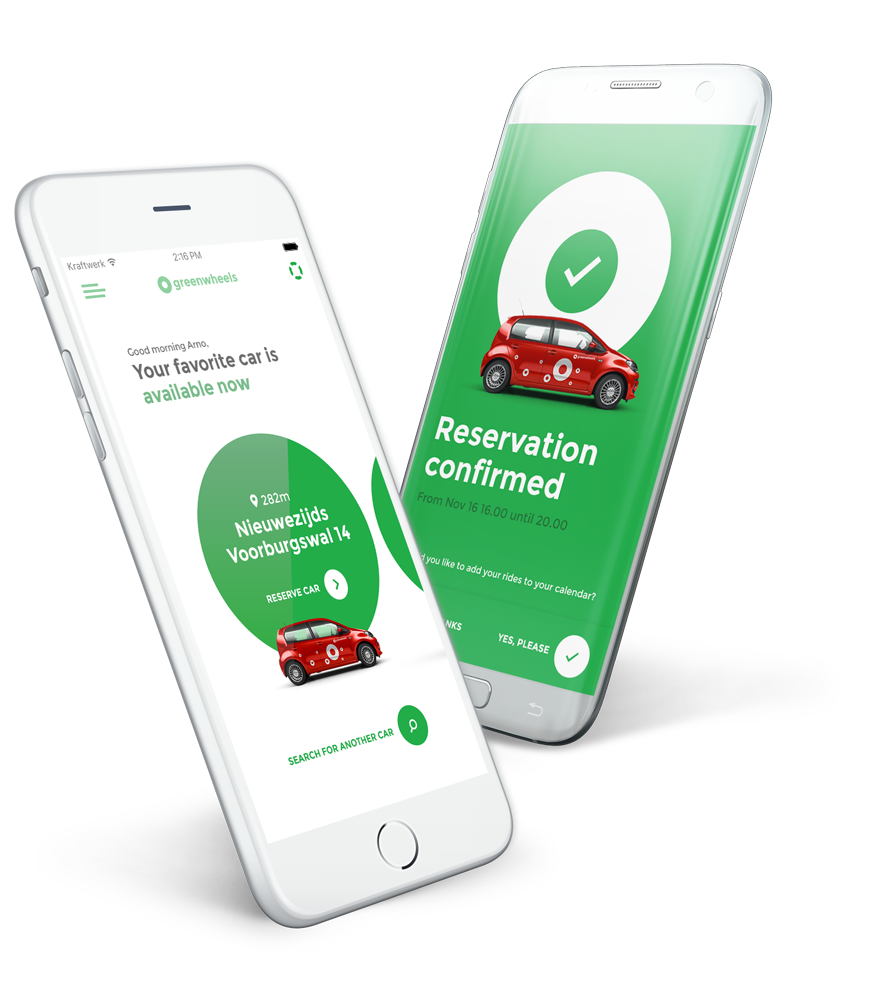 6. Code/Space and the Internet of Things

All these trends are either the cause or the consequence of a term that was coined Code/Space by Kitchin & Dodge. Our physical environment is reshaping to codes and software. Everything is connected, all our services are digital. There’s already places that won’t be able to function in the case of a digital system failure, such as the airport.

We all use the cloud for our digital services. We relocate our data to an eternally present, digital layer. This layer will also be created for applications. Edge Computing is an important trend within the Internet of Things. Where we used to have a system that had an intelligent motherboard, but relatively dumb contact points that were only meant for “sensing & presenting” information, we now have systems in which the intelligence has moved to the touch points. And not just in our phones, but in connected objects too. Apple’s HomePod is a mini computer that uses sensors to immediately compile an optimal sound profile after you’ve moved it. The Google Clip camera uses machine learning to assess if a situation is interesting enough to initiate a video recording. That recording is then stored locally.

With the Internet of Things, the “things” are actually a representation of increasingly complex systems and the translator of our behavior. They use data to improve their knowledge.

At ThingsCon, Ren Yee of the UNStudio showed us how this “blending” influences thinking about built environments. Code/Space will not only come to us through services, but the design and manufacturing process is becoming more digital (Building Information Modeling) as well. Our buildings and cities will have a digital twin. When it gets really interesting though, is when the line between simulation and reality becomes blurred. 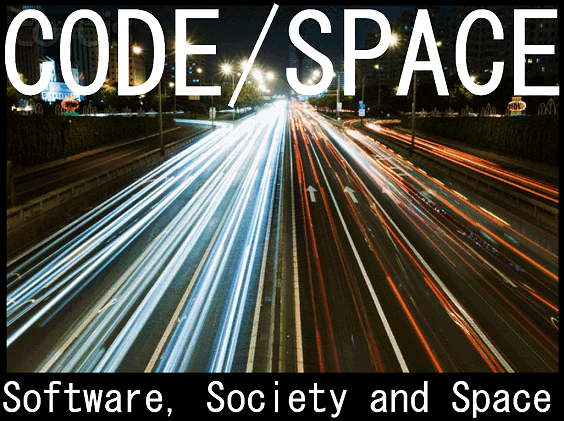 Customized offers and a fully digitized environment are the external factors that affect us as humans. But people themselves have also become increasingly skilled in applying the smart assistant and assistance. Artificial Intelligence will first develop as augmented intelligence, a method that allows us to solve complex problems more easily. We will partner up with intelligent systems to perform tasks that we can’t do or won’t be able to do as well. The fact that AI can now help doctors detect inconsistencies in scans is a fine case in itself. This easily translates to our complex lives in which we have to plan our mobility.

The assisted human is also an important development when it comes to physical attributes. This is already showcased by the fact that the regular bike is slowly being replaced by the eBike with paddle support. The electric skateboard and now also Segway’s motorized hover shoes are seriously impacting people’s action radius, past the “last mile” and beyond. 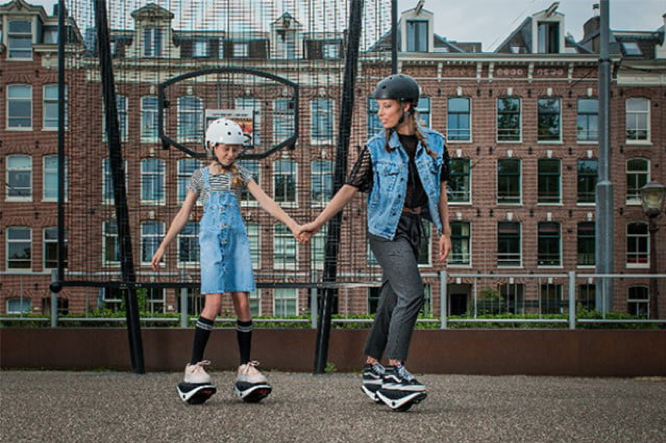 With the increased awareness about technology, data and the heightened dependence on these things, the realization that ethics is an important part of the development of these systems increases too. We are more critical about what we share and what we don’t. We also expect the providers of the services that we use to form an opinion and take a stand on these issues. The new European privacy regulations (GDPR) are a sign of the times; it’s symbolic for a new value model, regardless of the practical implementation.

In addition, we are more and more dependent on the systems that we use. Most of these systems are like a black box or at the very least not very transparent. In this, we must develop new value patterns to prevent being undesirably influenced and dependent with no control. Joanna Bryson wrote “Robots should be slaves” as a reaction to the idea that AI would organize its own governance. 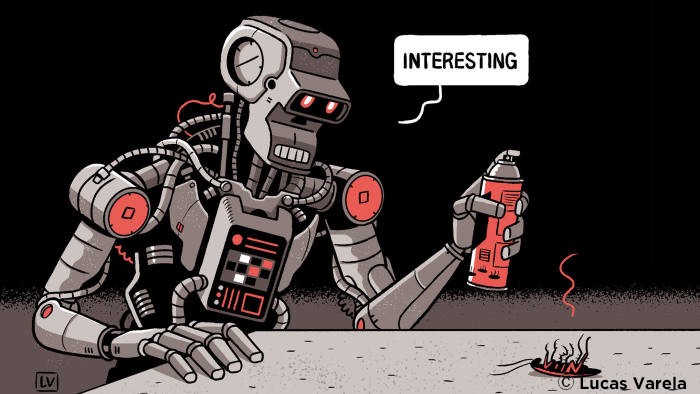 But how do these developments actually impact mobility? This is what is going to happen:

It won’t happen all at once, but when we look back on the development of mobility in twenty years, the changes will be greater than expected, but it won’t seem like we are living in a whole new world. Past experiences have taught us this.

This article was previously published in Dutch on Emerce.

MaaS Conference 2020: challenges in Mobility becoming a Service for everyone